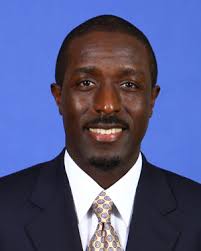 Home » Gery's Blog » Bucks’ Newton may be on Pelicans’ radar

When the Milwaukee Bucks were searching for an assistant general manager two summers ago, they were looking for someone with a proven track record.

They found that person in Milt Newton.

Newton, who had done a highly creditable job as the Minnesota Timberwolves general manager from 2013-2016, has provided the Bucks front office with some valuable experience and stability. His input on a wide-range of personnel matters has helped Milwaukee become one of the elite teams in the NBA this season.

How long Newton will remain in Milwaukee is now the question.

The scuttlebutt among some NBA officials is the New Orleans Pelicans are interested in Newton’s services as their next general manager. The Pelicans fired their former general manager, Dell Demps, a month ago and have had Danny Ferry serve as the interim GM.

While some believe Ferry may be the front-runner for the Pelicans’ GM job, they also say Newton could to be in the mix because of his success in Milwaukee and Minnesota.

In Minnesota, Newton was highly instrumental in the Timberwolves securing three top-flight players, drafting Karl-Anthony Towns and Zach LaVine, who is now with the Chicago Bulls, and engineering a trade that sent Kevin Love to Cleveland for the No. 1 overall pick in the 2014 draft, Andrew Wiggins.

Newton was let go by the Timberwolves after they hired Tom Thibodeau as head coach and president of basketball operations. Thibodeau, who was fired earlier this season, then hired Scott Layden to replace Newton.

The Pelicans, who’ll have some major decisions to make in the offseason, including whether to trade disgruntled superstar Anthony Davis, are expected to commence with interviews for their GM spot within the next two weeks.

Previous: TODAY’S SPORTSTAT: Are Cubs in the midst of a ‘dynasty’?
Next: Moncrief was the consummate professional