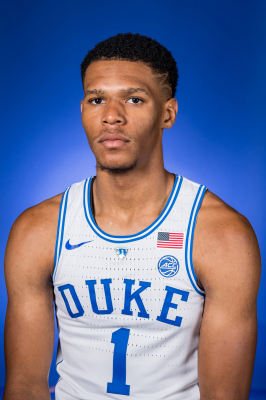 One of the interesting developments in the June NBA draft was Trevon Duval not being one of the 60 selections.

In the weeks leading up to the draft, it was expected the former Duke University standout guard would be at least taken in the second round.

But that never materialized and the 6-foot-3 Duval wound up playing for the Houston Rockets in the recent NBA Summer League in Las Vegas.

Not surprisingly, Duval performed well and drew interest from several teams, including the Miami Heat, Milwaukee Bucks and Houston Rockets.

Sources said Duval is now inclined toward signing a “two-way” contract with the Bucks, meaning he is eligible to play for the Bucks and their G-League team in Oshkosh.

Duval, a five-star prep recruit who was a McDonald’s All-American, played just one season at Duke. He appeared in 37 games for the Blue Devils, starting 34 of them, and averaged 10.3 points and 5.6 assists. The biggest flaw to his game is his outside shooting; at Duke he shot a subpar 29 percent from beyond the arc.

Duval is the first “one and done’’ player in Duke history to go undrafted.