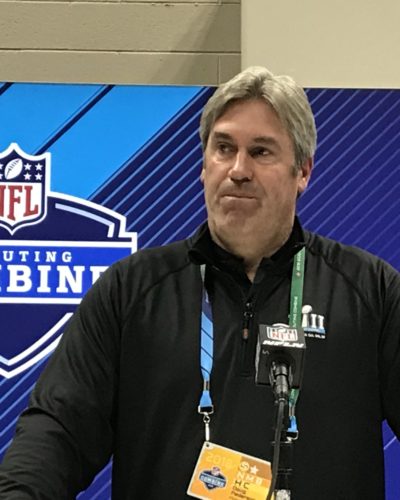 Home » Guest Post » TODAY’S SPORTSTAT: When will the Eagles win another Super Bowl?

Now that the Philadelphia Eagles have won their first Super Bowl, when will they win their second one? Could they go back-to-back? Or, will they sit on one Super Bowl victory for many years?

Let’s take a look with a little historical perspective to try to explore the above questions. First, the Eagles, by winning the 52nd Super Bowl, became the 20th NFL franchise (of the 32) to win a Super Bowl. Of those 20, 12 have won two or more Super Bowls and eight have won just one. That means 12 of the current franchises have never won a Super Bowl; of those 12, four have never even made it to the Super Bowl: Cleveland, Detroit, Houston and Jacksonville.

It was mentioned above that the Eagles are now one of eight franchises that has won one Super Bowl. Here’s a look at when the other seven franchises won their one and only Super Bowl.

What does all this mean?

The Eagles could, however, go the route of the Jets and Chiefs and spend nearly a half-century waiting for their second Super Bowl crown.

When will the Eagles win (or will they ever win) their second Super Bowl? There is no secret formula we can plug in. As someone once said, “That’s why they play the games.”