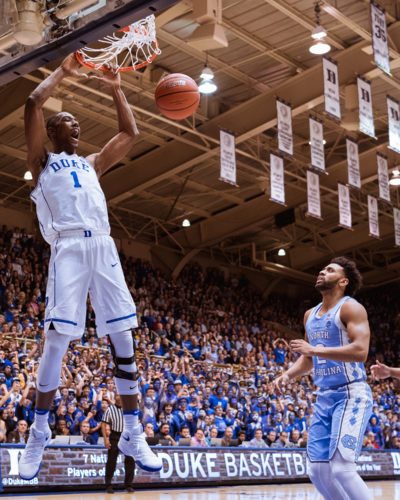 What do Rashad Vaughn and Thon Maker have in common?

If you said they were both first-round selections of the Milwaukee Bucks the last two summers, you are correct.

Schwartz’s ties to the Bucks could become even tighter during Thursday night’s NBA draft. The Bucks have the 17th overall selection and could choose center/power forward Harry Giles of Duke, another of Schwartz’s clients.

The 6-foot-10 Giles has arguably the best skill-set of any big man in the draft. Offensively, he possesses an array of shots, being equally effective in the paint or on the perimeter. Defensively, he’s more than adequate.

Some NBA officials see Giles as a clone of Chris Webber, the No. 1 pick in the 1993 draft who went on to be a five-time All-Star. Under normal circumstances, Giles would be the top pick in this draft. But he’s saddled with some major physical issues: Twice in recent years, he has had to undergo surgery for anterior cruciate ligament tears. It resulted in Giles playing sparingly last season as a freshman at Duke. He wound up averaging a mere 3.9 points and 3.8 rebounds.

Giles recently participated in a pre-draft workout for a host of NBA teams and, according to several NBA officials who were in attendance, he looked OK. Almost all of them agreed that he didn’t have the same explosion and jumping ability that made him a dominant prep player and the consensus No. 1 player in the land. What’s more, according to several league sources, the medical reports from Giles’ testing at the pre-draft camp in Chicago last month weren’t overly encouraging.

The uncertainty surrounding Giles’ physical status has left his draft status equally murky. Some NBA scouts project Giles being a late lottery pick; others see him going late in the first round. That’s a huge gap.

There’s no doubt the Bucks are highly intrigued by him and not just because he’s a Schwartz client. The Bucks’ decision-makers fully realize his talents and potential and have enormous faith in their medical staff. And for good reason. The team’s doctors, trainers and most notably Suki Hobson, their senior strength and rehabilitation specialist who did an amazing job in helping Jabari Parker recover after his first ACL injury.

And those same medical people have kept rookie standout Malcolm Brogdon on the court. Going into the 2016 draft, there were legitimate concerns about Brogdon’s left foot. He had surgery to repair a broken bone in it after his freshman year at the University of Virginia and, while he had a productive collegiate career, several NBA teams harbored deep reservations about whether he could hold up in the NBA with its grueling, 82-game schedule and subsequent playoff games. Their reservations about Brogdon were so pronounced that some teams took him off their draft board, meaning they wouldn’t have selected him under any circumstance.

But that didn’t prevent the Bucks from drafting him early in the second round and getting the steal of the draft. Brogdon had a stellar rookie season and is now the odds-on favorite to win Rookie of the Year honors, which will be formally announced later this month.

So, it’ll interesting to see whether Bucks, if Giles is still available for them, take another gamble, a gamble that would be infinitely riskier than the one they took on Brogdon. After all, if Brogdon didn’t stay healthy, it wouldn’t have been a major setback to the organization. He was a second-round selection who didn’t command a hefty contract.

But the Bucks are now picking in the middle of the first round and will invest untold millions of dollars on their selection. There will most certainly be other talented players available for them and ones who have clean medical histories.