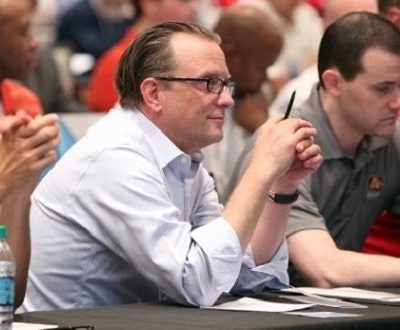 Jamie Dinan, Wes Edens and Marc Lasry didn’t get to where they are in life without having strong convictions.

The three Milwaukee Bucks’ majority owners have carved out highly successful niches in the business world by sticking with their gut instincts and often going against the grain.

Which leads us to their involvement in the Bucks’ search for a new general manager. According to sources within the Bucks’ organization and outside of it, Dinan, Edens and Lasry have their own unique perspective on who should be the next person to oversee the NBA franchise’s basketball operations.

If they had all been on the same page, they wouldn’t have spent the last two days in the Big Apple interviewing potential GM candidates. They would have simply tabbed assistant general manager Justin Zanik to replace John Hammond, who took a similar job with the Orlando Magic. But there have been and still are some differences among the owners regarding Zanik and whether is the right person to captain the Bucks’ ship.

Not only are there differences among the owners. Sources claim Rod Thorn, a longtime NBA executive who is now a consultant for the Bucks and has spearheaded the GM search with Edens, also has a differing viewpoint on whom the next Bucks GM should be.

Thorn, according to several NBA officials, is pushing hard for Ed Stefanski, the vice president of player personnel for the Memphis Grizzlies who worked with Thorn in New Jersey and Philadelphia.

Thorn and Stefanski frequently played golf together during their days with the Nets and were often joined on the links by none other than Jason Kidd, the Bucks head coach.

But while Stefanski appears to be the frontrunner for the Bucks’ GM position, sources said each of the majority owners are leaning toward other GM candidates and claim Zanik and Denver Nuggets assistant GM Arturas Karnisovas are held in high regard by them.

Whatever their feelings are on a new GM, the Bucks contingent will have to reach an agreement fairly soon with the NBA draft set for June 22 and free agency set to begin July 1.

Previous: Bucks set to interview Karnisovas for GM job
Next: Gifted outfielder would be perfect fit for Brewers