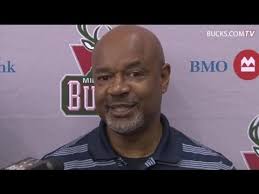 Justin Zanik was the first to be fired.

He apparently wasn’t the last.

Zanik was shown the door as the Milwaukee Bucks assistant general manager last week, shortly after he had been one of the three finalists for the general manager’s position vacated by John Hammond’s departure to Orlando.

McKinney, who is well respected in the league, came to the Bucks from Detroit nine years ago from Detroit with Hammond. Prior to that, McKinney also worked in the front office for Chicago and Minnesota.

Interestingly, after Hammond left for Orlando, Zanik, until he was let go, and McKinney headed up the Bucks’ pre-draft workouts. McKinney was also given the assignment of dealing with the media after the pre-draft workouts and had to constantly deal with questions about the Bucks’ then GM search.

Gilmartin was regarded as one of the most hard-working and dedicated workers in the organization for approximately 20 years.

Zanik, McKinney and Gilmartin weren’t the only ones fired by the Bucks in recent weeks. Two members of the Bucks public relations department – Mark Rosenberg, the director of communications, and Erika Johnson, public relations coordinator, have been dismissed.

Besides the aforementioned firings, sources said some Bucks employees have been asked or had to take pay reductions.