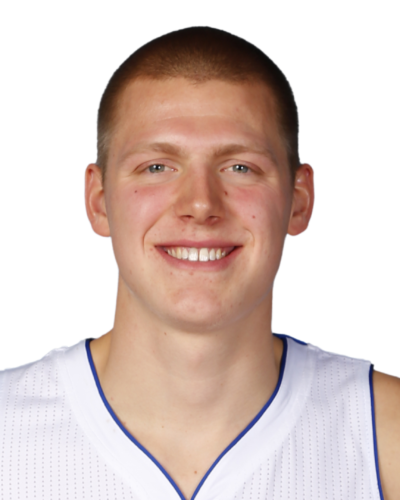 Home » Gery's Blog » One On One: Henry Ellenson

After one exceptional season at Marquette University, Henry Ellenson opted to turn pro. He was then selected in the first round – the 18th pick overall – by the Detroit Pistons.

The 6-foot-11 Ellenson has appeared in 14 games for the Pistons this season, averaging 1.5 points and 1 rebound.  He has also played 13 games with the Grand Rapids Drive, the Pistons’ D-League affiliate, and averaged 18.4 points and 9.4 rebounds.

“Offensively, he’s really good; He’s skilled,’’ Pistons coach Stan Van Gundy said of Ellenson. “He can put it on the floor, he can create his own shot, he can shoot the ball. So it’s strength and defense (that he needs to work on) now.

“We’re happy with his development. We think he’s going to be a really, really good player.’’

After the Pistons-Bucks’ game on Mondy night in Milwaukee, Ellenson discussed the ups and downs of his rookie season.

You are more than halfway through your rookie season in the NBA. How has it been?

JOHN ELLENSON: “It’s gone well for me. I have been enjoying coming in every day for my job, which is getting better at basketball. So, it’s been good. I enjoy the team I am with. The guys have been treating me real well and have taken me under their wing. I feel I’ve gotten a lot better and I now want to continue to do that every day.’’

What has been the most challenging aspect of your transition from college to the pros?

JE: “Probably not playing. That’s something I’ve never done. That’s definitely been a challenge for me. It’s not easy, but I can’t let that affect me from getting better and distracting me from what I want to do long term.’’

Has there been anyone who has been in your corner and supported you as a rookie?

JE: “A lot of our coaches say real good things to help me out. Coach Otis Smith is my main coach and he’s in my corner helping me to get better by doing different things. It’s nice having guys like coaches and teammates behind you.’’

Van Gundy said he’s been pleased with your development and praised your offensive skills. He said the biggest areas in which you need to improve are your strength and defense. Do you agree?

JE: “Yeah, I do. This level is different from college ball. The pros are a lot stronger and quicker. Just to be able to  push up against them and hold your own, to box out, all those things, it’s going to take me getting into the weight room and getting stronger. And that’s what I’ve been focused on with our weight and strength coach. I feel I’ve been real consistent with lifting. I feel I’ve gotten stronger, but I got a long way to go to where I want to be. But I think I’ve made some gains.’’

Every rookie experiences at least one unforgettable moment. What was yours?

JE: “When I played against the T-Wolves in the Target Center in Minneapolis, I had my whole crew there. That was a lot of fun. I have just tried to enjoy all the different experiences like when we played Miami on New Year’s. I thought that was something else. It was really cool. Just little things like that.’’

Has there been any player or players who you met this season that you always wanted to meet?

JE: “You know my favorite player has always been Carmelo Anthony, so when we played the Knicks, watching Carmelo play was really something. In the warmups, I was peeking out of my eyes and watching him. It’s cool now going up against those guys, just to see that they are the real deal and see how hard they work. It just makes you want to work even harder.’’

What’s been your most humbling experience as a rookie?

JE: “Early on in training camp, I got hit pretty hard by Dre (Andre Drummond) on a boxout. I realized real fast these are some tough dudes.’’

Do you stay in touch with anybody from your days at Marquette University?

JE: “Yeah, I do. I stay in touch with my teammates, the managers, office ladies. I liked my time there. I was on campus today and went to Miss Katie’s Diner with Cam Marotta for lunch. It was great just to be able to sneak over there and see the campus and my guys and talk to them and give my input as a fan watching their games. I just wish them the best. I hope they turn their losing streak around and get some wins here.’’

Do you have any regrets about leaving Marquette after one year?

JE: “No, I don’t. I know I haven’t been playing, but I still feel like this is where I’m supposed to be. It’s been good for me and my family. I’m focused on playing basketballv every day, so I can’t complain at all.’’

Van Gundy once coached at the University of Wisconsin and you obviously played at its in-state rival Marquette. Do you and coach ever joke around about that?

JE: “Me and coach have never had that talk yet, but I know me and Jon (Leuer, a former Wisconsin Badger and current teammate) have had that talk a couple of times. We like to go back and forth on that. And my dad (John) played at Marquette and Wisconsin, so I kind of get both angles from him. I went 1-0 against Wisconsin, so I can forever hold my bragging rights.’’

You’ll be getting a little break this week with All-Star Weekend. Have any plans while on break?

JE: “I’ve going to go and watch my brother and sister play basketball. I’m going home to Rice Lake. I know some guys are going somewhere where it’s warm, but I’m so used to this cold. It’s no big deal. It’ll be fun being with my family again.’’

Previous: Jabari Parker Set To Have Surgery
Next: Van Gundy Shows His Concern For Parker