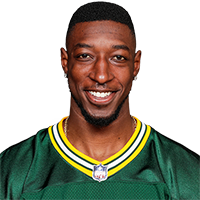 Written and Compiled by Jerry Tapp

Here are some of the numbers that helped define the Packers 21-16 win over the Minnesota Vikings on September 15.

Previous: We’ll learn a lot more about the Packers’ defense today
Next: One current Packer, one ex Packer among top 8 in TDs for the decade