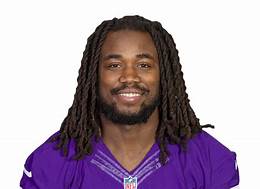 Boasting a broad, self-assured smile, Rodgers proclaimed to a national television audience that “We got a defense.’’ It would be a comment he repeated later in the same interview.

Perhaps someone should have told Rodgers to R-E-L-A-X.

Yes, Rodgers, like everyone else affiliated with Packers Nation, had to be duly impressed with the Packers’ defense against the Bears as they staged a thoroughly dominating performance.

But let’s be real: It was fashioned against the Bears.

Today, at Lambeau Field in Green Bay, Rodgers will get a much better idea of just how good the team’s revamped defense is in a game against the Minnesota Vikings. The Vikings’ offense is infinitely better than the Bears. To wit:

The Falcons, a decent team, rudely discovered how potent the Vikings can be, especially with a healthy Cook, in getting annihilated by the Vikings last week 28-12.

While Rodgers might be correct in believing the Packers’ defense is the real deal, we’re going to get a more accurate barometer today against the Vikings.

Previous: Zielinski: Packers will prevail in a thriller vs. Vikings
Next: Packers are virtually unbeatable when …