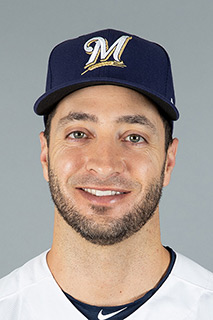 Braun needs two more HRs this season for his 10th 20-HR season in his career. If he reaches 20 homers this season, he will become the 98th player in MLB history to have 10 seasons with 20 or more home runs. (For what it is worth, 37 of the 97 players in baseball history who have hit 20 or more home runs in 10 or more seasons are in the baseball Hall of Fame.)

Hank Aaron holds the MLB record for most seasons with 20 or more home runs with 20. Following are the 17 players who have hit 20+ HRs in a season in 15 or more seasons.

Previous: The highs, lows of Brewers giving up 14 or more runs in a game
Next: Basketball Hall of Fame ceremonies will have distinct Bucks flavor