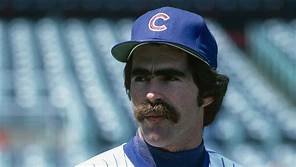 The sports world lost another memorable athlete recently when former major leaguer Bill Buckner died on Monday of dementia at age 69. Buckner may not have been the iconic sports personality that was Bart Starr, who preceded him in passing just a few days earlier, but Buckner is certainly attached to one of sports’ most unforgettable moments.

Buckner enjoyed a 22-year career (1969-90) in baseball and had 2,715 hits, a career batting average of .289 with 174 home runs, and he tallied 1,077 runs scored and 1,208 RBI. He was an all-star and a batting champ (in 1980 as a member of the Chicago Cubs). The sad thing is that Buckner is one of those rare athletes who is probably more infamous than famous because of what happened in one game.

As a member of the Boston Red Sox, first baseman Buckner had a Mookie Wilson (New York Mets) groundball go through his legs in Game 6 of the 1986 World Series that led to a Mets walk-off victory in that game.

Buckner’s career, however, should not be defined by his fielding gaffe in the ’86 World Series.  A 22-year MLB career, .289 average and 2,717 career hits are certainly stats that generate discussion about whether or not Buckner deserves to be in the Hall of Fame … for the record, he appeared on the ballot in 1996 and received only 10 votes.

But I contend that Buckner was a much underrated and underappreciated player. I’m not ready to say he should be in the Hall, but in my mind he was a “hitter’s hitter.” He rarely struck out, rarely walked, and was probably the best example of what youth coaches preach to their young players: “Put the ball in play and see what can happen.”

There are a few stats in Buckner’s stat-line that illustrate this point:

Buckner was a unique hitter. If a pitch was in the strike zone, chances are he was swinging and there was a good chance he was making contact and putting the ball in play.

He seemed like an “old school” player and one that probably was born later than he should have been … his game seemed to fit more appropriately with those players from the first half of the century, especially when you consider that most of his batting stats with low strikeouts and low walk totals are shared with players from that earlier era.

Here are three more stats that I found interesting about Buckner’s career:

Bill Buckner, Hall of Famer? The voters certainly did not think so as he appeared only once on the HOF ballot in 1986 (because he did not receive at least 5% of the vote that year, he was taken off the ballot for future consideration).

But I think Bill Buckner will one day find his way into the Hall as a future selection of the Veteran Committee. He was clearly one of the most unique and successful hitters of all-time.

Previous: Will Horst now be paid like a real NBA GM?
Next: MLB draft winds blow through Wisconsin