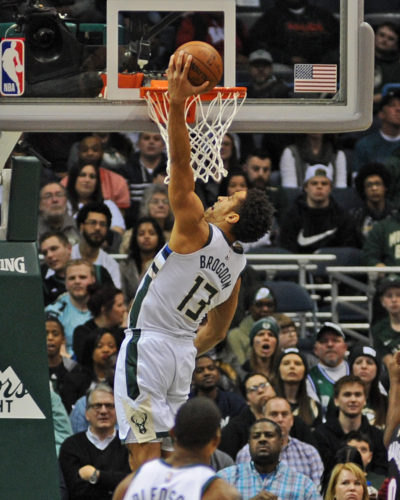 Milwaukee Bucks guard Malcolm Brogdon has played 152 games in his NBA career and is a couple months into his third season in the Association. He won the league’s Rookie of the Year honor in 2016-17 and he is a starter and important part of the Bucks team that has one of the best records in the NBA this season.

With all that being said, Brogdon has certainly been a solid performer in his short career… but would you be ready to say that Brogdon is one of the best shooters in the league? Or, are you ready to call him one of the greatest shooters in NBA history?

Before you answer that, let me offer you a few stats that might affect your answer.

Of course Brogdon’scareer is in the early stages and those percentages have a lot of time (as longas Brogdon’s maintains a long NBA career) to deviate up or down. But if you put stock in these shooting percentages, you would have to say that Brogdon has made a case that he is today one of the league’s best shooters. If we say that years from now is another story.

Previous: TODAY’S SPORTSTAT: Parity rules in NFL
Next: Zielinski: Another road game, another loss for the Packers