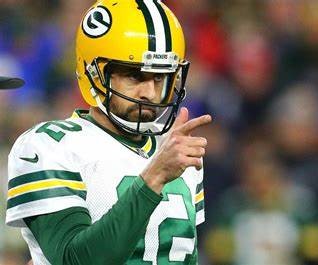 Home » Gery's Blog » Will Rodgers put the Packers on his back?

It would be an understatement of major proportions to say the Green Bay Packers have had a highly disappointing season.

The Packers were expected to make a run at the NFC Championship, perhaps even the Super Bowl. Most certainly they were supposed to be a lock for the playoffs for the fourth straight season.

But the Packers have instead underachieved. And perhaps nobody has underachieved more than Aaron Rodgers, their highly decorated quarterback.

Granted, the bar is set extremely high for Rodgers. After all, the 39-year-old quarterback has won four NFL Most Valuable Player awards.

But Rodgers’ quest for a third straight MVP is a mere pipedream now. For a variety of reasons – injuries, a young receiving corps, shuffling of the offensive line – he has been anything but his magnificent self this season.

Mahomas is thriving and so are the Chiefs, who are 11-3.

Perhaps today, against the Vikings at Lambeau Field in a critical game with playoff implications for both teams, Rodgers will crack the elusive 300-yard barrier for the first time this season.

That’s because Rodgers seems to have found a comfort zone in recent weeks and appears healthy which he hasn’t been for much of the season. The Packers offensive line has also settled in and the young receivers have nicely progressed.

And Rodgers will be facing a Vikings defense that is flat-out bad.

The Vikings rank 31 out of 32 teams in total defense. And they are dead last against the pass, allowing 281.5 yards per game.

So, the stars appear aligned for Rodgers to have a special game, one that couldn’t come at a better time.