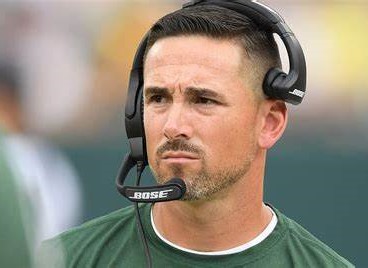 When the Packers played the Lions almost two months ago in Detroit, they projected a cavalier attitude.

It was like the Packers felt they just had to go through the motions to dispatch the Lions. After all, the Lions had lost six of their first seven regular-season games.

Some pundits, at that time, were proclaiming the Lions defense as one of the worst in recent memory. The Lions defense was indeed abysmal. It had surrendered at least 28 points in four of those losses, including 38 to the Eagles and 48 to the Seahawks.

As it turned out, the Lions defense acquitted itself well in a 15-9 victory, thanks in large part to an absolutely pathetic performance by the Packers offense.

The Packers’ lackluster outing against the Lions included Aaron Rodgers throwing three interceptions. One of them could have easily been a touchdown, though, if Rodgers had delivered an accurate pass.

That occurred at the start of the second quarter. On fourth down at the Lions’ 1-yard line, the Packers tried to be cute and ran a tackle-eligible pass for David Bakhtiari,

But Rodgers pass was badly underthrown and intercepted by Lions rookie Aidan Hutchinson..

Rodgers had another golden opportunity to throw a touchdown pass in the game, but his pass to rookie Samori Toure in the end zone was again off the mark.

The bottom line in that forgettable game against the Lions was that as poorly as the Packers played in Detroit, they still lost by only six points.

Today, when coach Mike LaFleur’s Packers host the Lions at Lambeau Field, you can go to the bank they won’t be as smug and overconfident as they were when the played the Lions in November. The stakes are simply too high for that to happen.

The Packers are acutely aware a win will thrust them into the playoffs for the fourth straight season … and a loss will send them on vacation.

Previous: Will Rodgers put the Packers on his back?
Next: Zielinski: Packers will meet the challenge