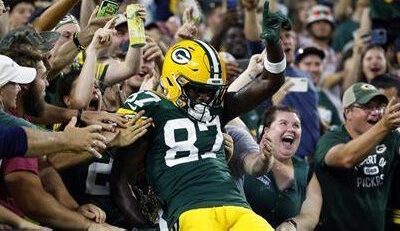 Home » Guest Post » Zielinski: Packers will leave Rams out in the cold

The Packers are coming off a bye week and hosting the Los Angeles Rams on Monday night at Lambeau Field. This season has gone differently than either team planned, with both likely to miss the playoffs.

Last week, quarterback Baker Mayfield led the Rams on an improbable comeback victory over the Las Vegas Raiders, despite Mayfield joining the team just days prior.

It won’t be easy for the Rams to duplicate last week’s success against the Packers. Mayfield is, at best, an average quarterback, and the Rams’ defense will be without star pass rusher Aaron Donald.

The Packers are favored on Monday and are accustomed to playing in cold conditions. It wouldn’t surprise me to see the Packers’ offense thrive after an additional week of preparation. QB Aaron Rodgers will have Romeo Doubs back to complement Christian Watson and Allen Lazard against a lackluster Rams defense.

This game might be close, but regardless, the Packers should walk away victorious.

Previous: Bucks are good but could they be better with full-time advance scout?
Next: Packers need to stay on the offensive