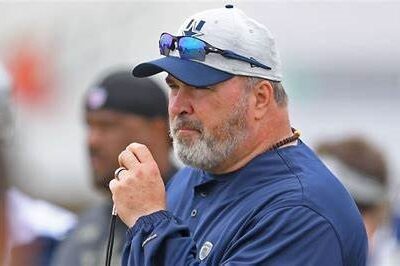 The Packers’ season is over unless they win most of their final eight regular-season games. The likelihood of that happening is slim, however.

The Packers (3-6) are in the midst of a five-game losing streak and host the Dallas Cowboys (6-2) on Sunday at Lambeau Field. The Cowboys are a well-balanced team with a legitimate chance to make it to the Super Bowl this year.

During the Packers’ losing streak, it has become clear that they are just not very good. General manager Brian Gutekunst assembled a roster littered with talent deficiencies, coach Matt LaFleur’s leadership and play-calling abilities are poor, and quarterback Aaron Rodgers is no longer capable of significantly elevating the talent around him.

On the other side, the Cowboys have few holes and are loaded with talent. They run the ball effectively with Ezekiel Elliott and Tony Pollard, while QB Dak Prescott can make plays through the air and with his legs. Defensively, linebacker Micah Parsons is one of the best in the game and generates pressure with ease.

The Cowboys aren’t going to lose in Mike McCarthy’s return to Green Bay. Plus, it’s hard to imagine the Packers finally finding the ingredients to beat a quality opponent.

Previous: Packers could capitalize on Lions’ lousy defense
Next: Cowboys have same shortcomings on defense as the Packers