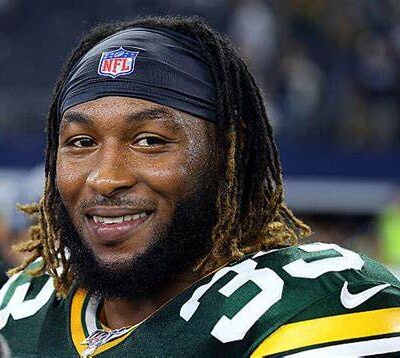 If you listen to some of the so-called national football experts, the Dallas Cowboys have a special defense.

And that is a stretch.

The Cowboys rank a solid 10th in the NFL in total defense, allowing 313.6 yards per game. And, yes, they rank fourth in the league in passing defense, yielding 178.4 yards a game.

But what the experts conveniently fail to mention, or just aren’t aware, is the Cowboys’ run defense is horrible. It’s barely better than the Packers, and everybody knows how ineffective the Packers’ run defense has been again this season.

Going into today’s game between the Packers and Cowboy at Lambeau Field, the Cowboys rank a lousy 24th in the league against the run. They have allowed opponents to average 135.1 yards a game running the ball against them.

And the Packers’ run defense?

The Packers rank just behind the Cowboys at 26th and have allowed 138.6 rushing yards per game – or just 3.5 yards more than the Cowboys.

One other stat on the much-praised Cowboys and much-maligned Packers defenses: While the Cowboys rank 10th in total defense, the Packers rank sixth overall in the same category.

The bottom line is the Cowboys clearly have issues stopping the run. And, if the Packers hope to upset the Cowboys – the latter are 3.5-point favorites – the Packers have to let Aaron Jones do his thing.

The Packers inexcusably have neglected to take advantage of Jones’ talents far too often this season. Nevertheless, Jones is still the league’s 12th-leading rusher with 600 yards. He is also averaging a highly-respectable 5.6 yards per carry, 12th-best in the league.

If the Packers don’t stray from consistently running the ball, they have a legit shot to spoil former Packers head coach Mike McCarthy’s homecoming of sorts and, more importantly, keep their ultra-slim playoff hopes alive.

Previous: Zielinski: Packers woes will continue
Next: Packers liked Treylon Burks in the draft; the Titans liked him even more