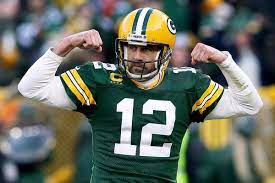 It’s almost incomprehensible that Aaron Rodgers has yet to throw for more than 300 yards in any game this season.

After all, the Packers are already past the midway point of their season, having played 10 games.

The most passing yards the Hall-of-Fame in-waiting quarterback has thrown for this season is rather pedestrian 291 against the Detroit Lions on Nov. 6.

But Rodgers has a reasonably good chance to crack the 300-yard barrier tonight when the Packers play the Tennessee Titans at historic Lambeau Field.

In fact, the Packers’ fortunes in this game – not to mention their already slim playoff hopes – may hinge on Rodgers turning in a banner performance.

That’s because the Titans, while possessing an excellent run defense, also have a putrid pass defense. The Titans have yielded 272.8 yards passing per game. The only team that has surrendered more passing yards is the Chicago Bears.

Those 272.8 passing yards the Titans are giving up are almost 100 yards more than the Packers, who have surrendered a respectable 179.7 yards per game.

As miserable as the Titans’ pass coverage has been, it could be even more vulnerable tonight as they will be without strong safety Amani Hooker, who is dealing with a shoulder injury.

Hooker’s absence could translate into a big game for Robert Tonyan, the Packers’ veteran tight end who leads the team in receptions with 39 despite being held to one catch by the Cowboys last Sunday.

The 4-6 Packers are a 3-point favorite against the 6-3 Titans but could easily cover the spread if Rodgers delivers a much-needed prime-time showing.

Previous: Packers’ defense must contain Henry
Next: Zielinski: Packers won’t be soaring with the Eagles