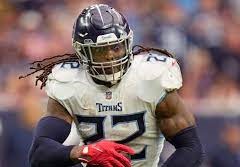 It was a positive sign for the Packers (4-6) to prevail against one of the NFC’s top teams. On Thursday, they will have another test against the visiting Tennessee Titans (6-3).

Like the Cowboys, the Titans’ offense thrives using a run-first approach. The Titans are a run-heavy team, with star running back Derrick Henry having another noteworthy season.

Stopping the run is a weakness for the Packers, as they rank near the bottom in rushing yards allowed per game. They allowed 159 rushing yards against the Cowboys, despite the absence of star tailback Ezekiel Elliott.

The Packers will likely struggle to slow down Henry, one of the top backs in the NFL. The 6-foot-3, 247-pound tailback ranks first in rushing attempts and second in rushing yards and touchdowns this season.

If the Packers want to win, they must slow down Henry and force quarterback Ryan Tannehill to make plays in the passing game. Tannehill, who missed two games earlier this season with an ankle injury, is having a mediocre season. In seven games, the 34-year-old has completed 62.6% of his passes, his lowest mark since 2015.

It will be interesting to see if the Packers can capture their second consecutive win on Thursday. They will have to limit dropped passes, penalties and turnovers offensively while stopping the Titans’ rushing attack if they want a chance to prevail.

Previous: Packers liked Treylon Burks in the draft; the Titans liked him even more
Next: Packers’ primary mission should be attacking Titans’ secondary