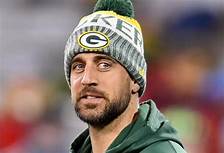 In the Packers’ loss to the Washington Commanders, QB Aaron Rodgers attempted 35 passes, had a pair of TD passes to Aaron Jones, and did not have a pass intercepted. It was the 45th time in his career that he reached those numbers in an NFL regular season game.

Rodgers 45 games with 35+ pass attempts, two or more TD passes and no interceptions in a game rank third all-time behind Tom Brady and Drew Brees on the NFL list. Brady tops the list with 62 such games; Brees is second with 50.

It’s interesting to note that in the two games this season that Rodgers reached those numbers, the Packers lost. The team is now 33-12 in games when Rodgers reaches these passing stats, a .733 winning percentage.

Here is a look at the NFL all-time Top 10 in this category … career games with 35+ passing attempts, two or more TD passes, and no interceptions.

Rodgers and Favre were not the only two Packers’ QBs to reach these stats in a game. Rodgers tops the Green Bay list with his 45 games followed by Favre with 25 during his time with the Pack. Also on the list are: Don Majkowski (two games) and Brett Hundley, Mike Tomczak, Randy Wright and Tobin Rote with one game each.