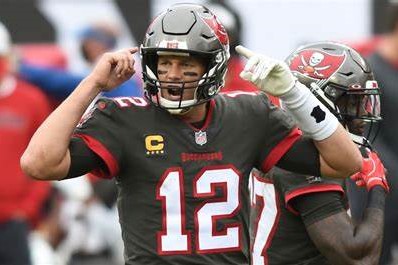 Today’s game might be the last time we see Packers quarterback Aaron Rodgers and Buccaneers QB Tom Brady square off against one another. Both signal callers are two of the greatest ever to play the game and nearing the ends of their careers.

Despite their track records of success, neither has performed at a high level to start this season. The Packers and Buccaneers offenses have lacked any punch and now are dealing with injuries to numerous starters.

This has the potential to be a low-scoring defensive affair. Both teams rank in the top 10 for the fewest yards allowed per game this season. The Buccaneers also pressure the quarterback well and force mistakes, ranking first in sacks and second in turnovers.

Rodgers has not performed well when playing in Florida. He has a 3-5 career record with at least two interceptions in four of those eight contests. With a makeshift receiving group Sunday, Rodgers’ struggle might continue this season.

This likely will be a close contest. The Buccaneers are the superior team and are playing at home. It’s hard to imagine the Packers winning unless they get some breaks to go their way.

Previous: Maury Wills revived the art of base stealing
Next: The defense can’t rest for Packers