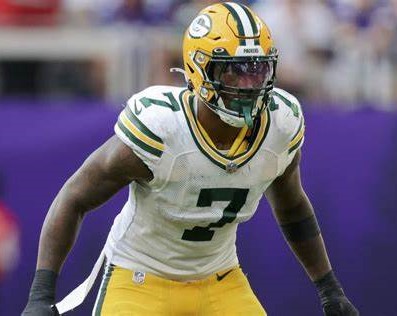 If the Packers expect to upend Tampa Bay today, it’ll be critical for them to keep the Buccaneers’ running game in check. The Buccaneers have a quality rushing attack, one led by veteran Leonard Fournette.

The Buccaneers figure to run the ball extensively, especially with several of their receivers, including standout Mike Evans, being unavailable today.

On the surface, the Packers’ defense should be able to keep the Buccaneers from running wild. After all, the Packers have an unusual number of quality defenders.

The Packers’ starting linebacker crew of Rashan Gary, Preston Smith, De’Vondre Campbell and Quay Walker has to bring its hard hats to work today if they hope to upset the 1.5-point favored Buccaneers.

Previous: Zielinski: Expect a down-to-the-wire game between Packers and Buccaneers
Next: Doubs’ dazzling performance is one for the Packers’ record book