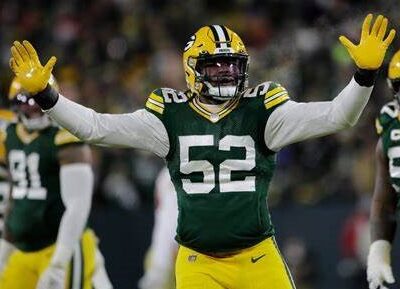 Home » Gery's Blog » Packers D has to bring its A game

All eyes will be on the Green Bay Packers defense.

And they should be.

The Packers enter today’s regular-season opener against the Minnesota Vikings in Minneapolis with one of the best defenses in the NFL. It may be the Packers’ best defense in more than a decade.

The Packers’ defense has a star at each of its three levels: nose tackle Kenny Clark, Rashan Gary at outside linebacker and cornerback Jaire Alexander.

That dynamic trio is surrounded by a cast of top-shelf players. In fact, the Packers are expected to start a ridiculous six “home-grown’’ first-round selections on defense, tying an NFL record.

(Here is a link to a story I recently did on those six first-round starters):

But, as has been the case in the past (see my aforementioned story), having the best talent doesn’t assure a victorious outcome.

Throw in veteran quarterback Kirk Cousins, whom some in the media are touting as a MVP candidate, receiver Adam Thielen, a touchdown receiving machine (He’s caught 24 TD passes the last two seasons) and Irv Smith Jr., a talented tight end, and you can see why the Vikings can quickly rack up the points.

The Packers enter their game against the Vikings as a 2-point underdog – which isn’t surprising they have a slew of troubling issues on offense: No. 1 receiver Allen Lazard isn’t expected to play, leaving Aaron Rodgers with a bunch of pedestrian receivers, and All-Pro tackle Elgton Jenkins and David Bakhtiari are out.

So, if the Packers are to open the season 1-0, their defense has to live up to its lofty reputation and pitch a near-perfect game.

Previous: It promises to be another Packers-Vikings thriller
Next: Packers’ Crosby keeps making his points