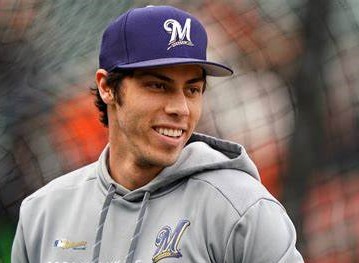 Home » Guest Post » Yelich shows signs of being back on track

A great defensive play by Chicago Cubs shortstop Niko Hoerner in Sunday’s game (August 28) versus the Brewers may have kept Christian Yelich from again etching his name in the Brewers record book.

In the third inning of the game, Hoerner, who was playing in short right field on the Cubs shift for Yelich, snagged a line-drive one-hooper and fired to first to get Yelich and prevent him from getting a single. Yelich went on to collect three hits in the game.

The reason the play is significant is that the previous night, Yelich had four hits against the Cubs. Had Hoerner not made the defensive gem in the third inning, Yelich would have had consecutive games with four hits.

The MLB record for most consecutive games with four or more hits is 4 games … that was accomplished back in 1925 by Milt Stock.. Eleven players have four or more hits in three straight games, the last being Colorado’s Charlie Blackmon in 2019.

•    Brewers get ready for Craigtober. Some Brewers fans have affectionately called it Craigtober. It’s that time of the year when the calendar turns to September and the Brewers make a push for the playoffs. In Craig Counsell’s time in Milwaukee (2015-2021), the Brewers are 112-86, a .566 winning percentage in September/October regular season games. That ranks fifth in the MLB in that time period behind the Dodgers (.638), Guardians (.584), Astros (.579) and Cubs (.567).

If we shorten the years and just look at 2018-2021, the last four years that the Brewers have made the playoffs in Counsell’s tenure, the Brew Crew is 67-42 (.615), tied for the third best winning percentage for teams in the last month of the regular season.

The Dodgers top the list at 76-29 (.724) followed by Tampa Bay (67-40, .626) and Houston (67-42, .615). It’s interesting to note that the reason the Brewers have such a great winning percentage in the last month can be directly related to their pitching staff in September. From 2018-2021, the Brewers pitching staff in September/October regular season games are second in the majors with a 3.39 ERA (the Dodgers are number one at 3.16), tied for the third most saves, have the majors second-best WHIP (walks and hits per inning) 1.100 behind the Dodgers 1.066, and are tied with the Dodgers pitching staff with the lowest opposition batting average at .214.

Brewers fans are hopeful Craigtober will be a reality again this year and will bring them their fifth straight playoff appearance under Counsell.

Previous: Huira could be X factor in Brewers’ playoff push
Next: Packers defense could make history in opener vs. Vikings