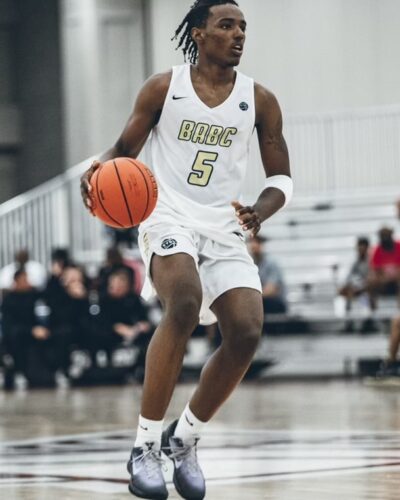 Unlike most of his peers, he doesn’t get caught up in the glitz, glamour and trappings the sport has to offer, especially when it comes to recruiting

That was perfectly illustrated late last April when he and his parents – Shakowa and Chris — traveled from Boston to Milwaukee for an official visit to Marquette University.

During his stay, Marquette officials rolled out the red carpet for him. He was shown the campus, the city, the Al McGuire Center, Marquette’s beautiful practice facility, and the state-of-the-art Fiserv Forum, where the Golden Eagles and Milwaukee Bucks play their home games.

“I was just there to experience Milwaukee and that’s what we did,’’ said Norman, a talented combo guard for Worcester (Mass.) Academy. “It was, overall, nice to be out there.’’

There was a time, though, when Norman felt like he was back in Boston and that was when he checked out the Marquette Gymnasium, aka the Old Gym.

The historic building, located on the edge of the campus, was built a century ago. It was the first full-time home for Marquette’s men’s basketball teams to practice and play games. Legendary coach Al McGuire’s powerhouse teams of the ’60s and ’70s used to practice in it.

These days the Old Gym is used for other Marquette athletic activities and school functions, although Norman wouldn’t mind it was still the Golden Eagles’ practice facility. After all, he is, by his own admission, old school.

“It reminded me of some gyms in Boston,’’ Norman said. “There was something about it I liked. When it comes to gyms, the ones with no AC and just fans make me happy. AC is for bougie people and I’m not one of those bougie people.’’

He isn’t someone who puts style ahead of substance when it comes to his game, either. He is a no-nonsense, no frills type of player who is serious about maximizing his talents. To say he’s obsessed about the game isn’t a stretch.

He is constantly trying to hone his skills in the gym, constantly studying film of the legends like Michael Jordan and Kobe Bryant and how they not only played the game but how they approached it with unwavering focus.

Norman’s dedication is clearly paying dividends. He has steadily risen from an off-the-radar college prospect to a top 100 recruit. 247Sports currently ranks him 98th.

Marquette is among a slew of schools which have offered Norman a scholarship.  Some of the others include Texas A&M, Massachusetts, Rhode Island, Harvard, George Washington and Miami.

The 6-foot-3 Norman started raising eyebrows last season when, as a junior, he averaged a team-leading 19.3 points and 7.5 rebounds while leading Worcester Academy to a 23-7 record and the NEPSAC Class AA championship.

Marquette head coach Shaka Smart and MU assistant coach Cody Hatt have been closely monitoring Norman’s development and have made it abundantly clear they covet him.

“Tre’s leadership, toughness and strength are his biggest assets,’’ Sullivan said. “He is a skilled combo guard who is at his best when attacking the basket. And he has worked very hard to improve his 3-point shooting.

“He is the heartbeat of the program who holds others accountable and wants to constantly be pushed.’’

Norman doesn’t mind being challenged in the classroom, either: He boasts a sterling 3.9 grade point average.

“I want to go to school for personal finance and accounting,’’ Norman said. “But my goal is just professional basketball, mainly the NBA. I’m really set on that.’’

But first Norman has to select a college, and he knows precisely when he’ll publicly announce his choice.

“I got a date: Sept. 6. Terrence Clarke’s birthday,’’ Norman said of Clarke, a Boston native who died in a car crash last April. Clarke, who had played one season at Kentucky, was preparing for the NBA draft at the time. He was 19.

“He was a big inspiration to my city and there’s no other way I’d want to celebrate it by announcing it on that day.’’

Previous: For the records, Brewers, Hader are off to stellar starts
Next: Packers fans have truly been spoiled