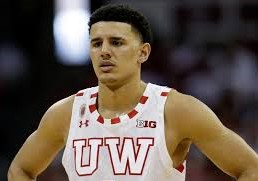 But that perception is clearly changing, especially considering the success of numerous Wisconsin grown players in recent years.

No less than three players from Wisconsin are not only competing but playing integral roles for their respective teams in the on-going NBA playoffs.

Kevon Looney, who was a star at Milwaukee Hamilton High School, is the starting center for the Golden State Warriors, who have advanced to the NBA Finals.

Jordan Poole, who attended Rufus King High School in Milwaukee, has been a major contributor off the bench for the Warriors.

And Tyler Herro, who was a standout at Whitnall High School in Greenfield, was recently chosen the NBA’s Sixth Man of the Year for the Miami Heat, who are in the Eastern Conference finals against the Boston Celtics.

Herro, Poole and Looney are among seven players from Wisconsin who have been chosen in the first round of the NBA draft the last seven years.

Here is a breakdown of those players and the high school they attended in Wisconsin:

Jalen Johnson, who attended Sun Prairie and Nicolet high schools, was taken by the Atlanta Hawks with the 20th overall selection.

Tyrese Haliburton, who starred at Oshkosh North High School, was chosen by the Sacramento Kings with the 12th overall pick and currently plays for the Indiana Pacers.

Herro, who was a star at Whitnall High School in Greenfield, was the 13th pick, taken by Miami.

Poole, who played at Rufus King and then at La Lumiere School in LaPorte, Ind., was later chosen by Golden State, the 28th overall selection.

Henry Ellenson, a standout at Rice Lake High School who then attended Marquette University, was taken just outside the lottery with the 18th pick by the Detroit Pistons. Ellenson is now with Obradoiro in Spain.

Sam Dekker, who led Sheboygan Lutheran High School to the 2012 WIAA Division 5 state championship and then starred at Wisconsin, was chosen by the Houston Rockets with the 18th overall selection. Dekker played this season with Bahcesehir Koleji Spor Kulubu in Istanbul, Turkey and led Bahcesehir Koleji to the FIBA Europe Cup championship.

Looney, who was Wisconsin’s Mr. Basketball after averaging 27.9 points, 12.7 rebounds, 7 assists and 8 blocked shots in his senior season at Hamilton, was the last pick – 30th overall – by Golden State.

The string of a Wisconsin prep-produced players being selected in the first round for the fourth straight year and having a former Wisconsin prep player taken in the lottery for the third time in the last four years figures to be extended in the June 23 draft.

Wisconsin guard Johnny Davis, who starred at La Crosse Central High School, figures to be one of the first players selected. Said an NBA scouting director on Thursday: “Johnny Davis is a top 10 pick, for sure.’’

What’s more, Patrick Baldwin, who played at Sussex Hamilton High School and then at UW-Milwaukee, also has a strong chance of being chosen in the first round of the upcoming draft.

Wisconsin high school boys basketball may not rival larger states like California, New York and Texas, but it is clearly ascending the ranks.

Previous: This could be a special season for Yankees
Next: Can Watson break some Packers rookie records?