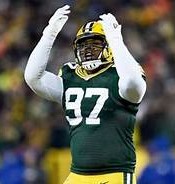 Here is a look at the schools that have had two or more players drafted by the Packers since 2012:

Looking at only first-round choices by the Packers in the last 10 years, only one school, UCLA, had two players chosen: Jones and Clark.