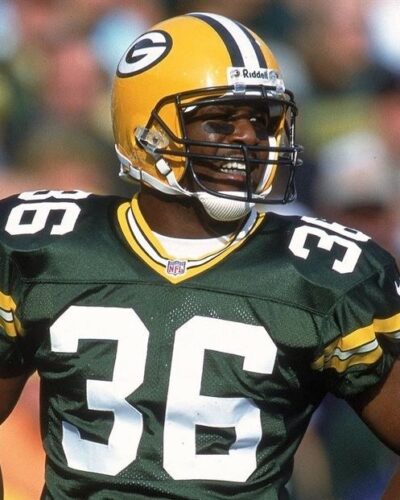 Home » Gery's Blog » Uncategorized » Bryce Paup on LeRoy Butler: ‘He had my back’

Nobody needs to tell Bryce Paup that LeRoy Butler is hall of fame worthy.

After all, Paup and Butler cut their NFL teeth together, entering the league in 1990. Butler was the Green Bay Packers’ second-round draft pick that year, and Paup was the team’s sixth-round selection.

Paup and Butler spent five seasons together as teammates. In that span, Paup saw up close and personal Butler’s extraordinary talents, talents that were duly recognized last week when Butler was chosen to the Pro Football Hall of Fame.

Paup was elated to hear the good news about his former teammate.

“Awesome … good for him,’’ Paup said. “LeRoy was a guy who loved to have fun, a guy who played at a high level. He was a great competitor.’’

The resume Butler compiled during his stellar 12-year career with the Packers is impressive: 38 interceptions, 20½ sacks, a four-time Pro Bowl selection and a member of the NFL’s 1990s All-Decade first team. 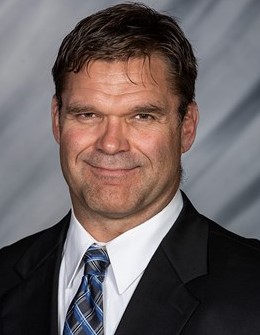 But those sterling numbers and credentials don’t tell the whole story about Butler’s playing career, Paup said. To him, Butler was the consummate teammate, constantly looking out for his brothers in pads.

Paup vividly recalled an incident where Butler exhibited his leadership skills and “had my back.’’ It occurred in 1992, the same year Mike Holmgren became the Packers head coach and the same year a young, unproven quarterback named Brett Favre arrived in Titletown after being acquired in a trade with the Atlanta Falcons.

Paup, an outside linebacker, had already been a Packer two seasons and was on his way to carving out a notable 11-year pro career himself, a career that also consisted of three years in Buffalo, two in Jacksonville and one in Minnesota.

Paup would be selected to the Pro Bowl on four occasions – the same number as Butler – and was even chosen the NFL Defensive Player of the Year in 1995 when he recorded a league-high 15 sacks for the Bills.

But on that fall day in ’92 in Green Bay, Holmgren showed little respect for Paup and unleashed his venom on him.

“There was one time at practice, where I beat the offensive lineman and Favre was standing there in the backfield,’’ said Paup, now an assistant coach at his alma mater Northern Iowa. “I just tapped the ball and knocked it out of Favre’s hand.

“Holmgren went off on me and said if I ever did that again that I should just keep running because I was going to run myself out of town. He ripped me a new one.

“I didn’t know this at the time, but LeRoy went to him (Holmgren) and was pissed. LeRoy said, ‘Why did you treat him like that? He doesn’t do anything but bust his ass for this team. He didn’t deserve that.’

“I didn’t know LeRoy had done it at the time — I found out he had done that later – but I was surprised and I was grateful he would do that. That’s what I meant when I said LeRoy had your back.’’

Previous: Celtics Schroder has ties to Bucks
Next: NFL’s Wisconsin fraternity about to expand