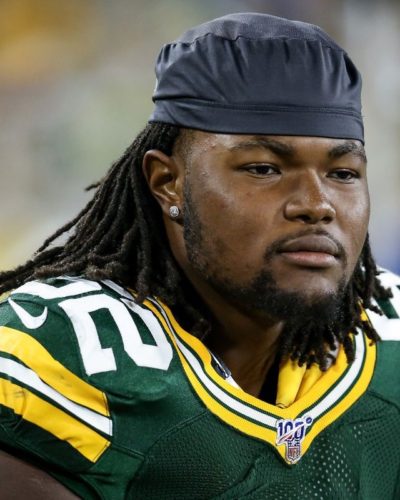 When you’re the 12th overall pick in the NFL, the expectations are high.

In the 2019 draft, Rashan Gary was selected by the Packers with the 12 pick. The Packers brass obviously embraced the pick, and even a bunch of NFL scouts contended the Packers had secured a potential star.

One longtime NFL player personnel director simply raved about Gary, who was a star at the University of Michigan, and predicted Gary had the potential to be another Michael Strahan, who was a seven-time Pro Bowl selection while playing for the New York Giants.

But after two thoroughly non-descript seasons, Gary hasn’t come remotely close to resembling a Pro Bowl-caliber performer. In fact, there are some NFL observers who are now labeling Gary “a bust.’’ And it’s easy to understand their sentiments.

Gary, an imposing figure at 6-5, 277 pounds, has a measly three tackles through three games this season – all of them assisted. There are 16 – repeat, 16 – other Packers who have accumulated more tackles than Gary. Among them are little-known Henry Black, T.J. Slaton and Oren Burks.

If Gary is ever going to live up to the hype that has surrounded him, it’s now. The Packers need him, and they need him to perform not just like a run-of-the-mill player but like a certifiable star, one who makes plays, one who creates all sorts of havoc for an opponent’s offense.

That’s because the Packers will be without the services of arguably their best defensive player, Za’Darius Smith for what could possibly be the remainder of the season after he underwent back surgery last week.

Smith’s loss could be devastating, especially for a team that has Super Bowl aspirations. Devastating, that is, unless Gary can plug the gaping hole.

Today, Gary has the perfect opportunity to have his long-awaited breakout game. The Packers play the Steelers and their offensive is spinning its wheels.

Veteran quarterback Ben Roethlisberger is a sure-fire Hall of Famer but, so far this season, he is looking every bit his 39 years of age. Never mobile to begin with, Roethlisberger has often-times looked like a statue and incapable of avoiding pass rushers. Compounding his problems, the Steelers’ offensive line is, charitably, suspect.

With Roethlisberger and the Steelers’ offense in disarray, Gary may never have a better time to start quieting his skeptics than today.

Previous: Zielinski: Packers will flex their muscles against Steelers
Next: Can the Brewers defy the odds and win World Series?