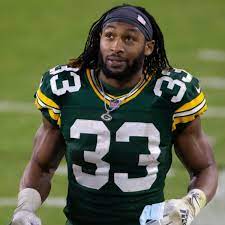 You can go to the bank today’s game between the Green Bay Packers and New Orleans Saints won’t be lacking fireworks.

The two teams have boasted some of the most explosive teams in the NFL in recent years. In fact, the Packers and Saints ranked first and fifth, respectively, in points per game last season. The Packers averaged a league-best 31.5 points and the Saints averaged 29.1 points.

But as dangerous as the Packers were last season, they could be even scarier this season. Tight end Robert Tonyan is coming off a breakout season and should be even more comfortable in the system, and ditto for running back AJ Dillon, who figures to take the next step after fashioning a solid rookie season.

As for the Saints, Hall of Fame in-waiting Drew Brees has hung up the cleats and standout receiver Michael Thomas won’t play today as he’s on the physically unable to perform list, recovering from ankle surgery.

Yet, Saint still have the electrifying Alvin Kamara, and Sean Payton is still their head coach, meaning he’ll figure out a way to keep his Saints a potent bunch.

All indications point to this being one of those games where the team which has the ball last wins.

Previous: Packers could capitalize on Winston’s penchant for throwing interceptions
Next: Packers can ill-afford being overconfident against Lions