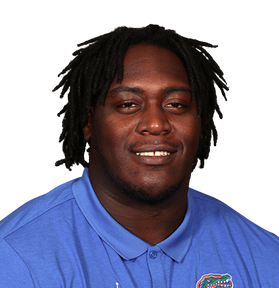 The Green Bay Packers have been knocking on the Super Bowl door the last two seasons.

The Packers posted 13-3 regular-season records and advanced to the NFC Championship game in each of those seasons before losing to the San Francisco 49ers and Tampa Bay Buccaneers, respectively.

Considering the Packers have the vast majority of their starter back on both sides of the ball, could a rookie, or two, perhaps help them get over the hump and earn a spot in Super Bowl LVI in Los Angeles on Feb. 13, 2022?

I asked a longtime NFL executive, who has more than 30 years of college scouting on his resume, to break down the Packers’ rookie draft class.

Here’s what he had to say:

EXECUTIVE’S COMMENTS: “Stokes is a good player. He’s fast as hell. Explosive. Very good cover guy. Physical. Good tackler. Just a good, solid corner. And he’s versatile. He can play safety and nickel as well. The guy can line up anywhere. It was a really a solid pick.’’

EXECUTIVE’S COMMENTS: “He’s real good. Tough. Big. Aggressive. He’s a big son of a gun. He’s a big center. And he can play guard, if they need him there. He’s a leader, too. Tangible guy. I thought that was a heck of a pick. He’ll be a starting center for a long time.’’

EXECUTIVE’S COMMENTS: “I do like Amari Rodgers. He’s kind of like running back playing slot receiver. He’s fast and he’s a strong runner after the catch. He always gets yards after the catch. He can run all the inside stuff. And he’s a smart, good kid. No character issues at all. He was an under-the-radar guy at Clemson. For a third-round pick, that’s a really good pick.’’

EXECUTIVE’S COMMENTS: “He’s going to have to develop and get some strength. His lack of strength shows. He’s a good athlete – he’s got good feet, good flexibility — but he’s just not that strong. He’ll be a backup until he gets stronger.’’

EXECUTIVE’S COMMENTS: “Slaton (pictured above) had some issues but I’ll tell you he could be a dominant nose tackle. When we looked at the tape, we noticed him. He’s a load in the middle. He controls blockers. He’s like 340 (pounds). He’s strong as hell. If he stays focused, that’s a pretty darn good pick.’’

EXECUTIVE’S COMMENTS: “We didn’t have much interest in him, but I saw him on tape. He’s physical and aggressive. He’ll come up and make tackles. It looks like he could be good on special teams.’’

EXECUTIVE’S COMMENTS: “We didn’t have him rated very high. More of a free agent guy. But he’s one of those typical, smart, tough Wisconsin linemen. When you get to this round, you’re always looking for backups and I think he could be a decent backup.’’

EXECUTIVE’S COMMENTS:  “He finds the football, he has a knack for that. He’s really productive. This is a guy who can make your team. He’s not the biggest guy, but got good instincts to make up for that’’

EXECUTIVE’S COMMENTS: “He was one of the leaders in the SEC in rushing. He can run; he can catch. He’s productive as heck. Strong. A little stiff. He’s had some character stuff. But I like him. I think he’s a sleeper.’’

Previous: Brewers come away with a winner in Tyler Black
Next: Patrick Baldwin’s decision to attend Milwaukee may be unprecedented in college basketball history