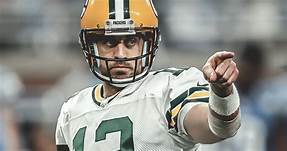 Here are some of the numbers that helped define the Packers 32-18 playoff win over the Los Angeles Rams in Green Bay on Saturday.

— This will be the third NFC Championship Game played in Green Bay since the NFL merger in 1970, The Packers hosted the title game in 1996 (a win over Carolina) and in 2007 (a loss to the New York Giants)

The Pack has now won six of their last seven meetings with the Rams. The two teams, however, are tied in their all-time series, 47-47-2.

— The Packers scored first in the game on a Mason Crosby field goal. They are 17-8 in playoff games (in the Super Bowl era) when they score first in a playoff game.

— Aaron Rodgers and Davante Adams connected on a TD pass in the second quarter. It was Adams’ seventh career playoff TD reception. That puts him in a tie for second place on the all-time list for the team with John Kuhn (yes, that John Kuhn). Antonio Freeman has the team record for most playoff TD receptions with 12.

— The Packers defense had four sacks in the contest. They are 12-4 in playoff games since 1966 when they have four or more sacks in the game.

— Aaron Rodgers had a rushing TD, the fourth of his career in the post-season.

— The Pack scored three of their four TDs in the game from one-yard. The Packers scored 27 of their 66 TDs in the regular season from five yards or shorter.

— Green Bay had 36:12 of Time of Possession in the game. It was the third highest TOP for the Packers in a playoff game. The team is 12-3 in playoff games when they have 32:00 or more TOP in a post-season game.

— The defense held the Rams to only 244 total yards. They have won their last five playoff games when they hold the opponents under 250 total yards.

— The Packers scored in every quarter. In the Super Bowl era, they are 11-3 in playoff games when they score in each quarter.

Previous: Zielinski: Packers will bend but not break against Rams
Next: Historically, the Bucs are horrible in cold-weather games