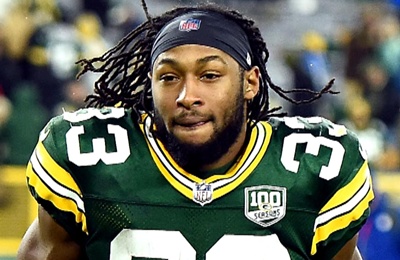 Panic would be too strong of a word.

But when the Green Bay Packers went through a mid-season crisis, one in which they lost three games, there was more than a little angst among the loyal legion in Packer Nation.

In that stretch from Oct. 18 until Nov. 22, the Packers suffered losses to Tampa Bay (38-10), Minnesota (28-22) and Indianapolis (34-31 in OT) While two of those setbacks came against quality teams – Tampa Bay and Indianapolis – there was another major reason the Packers stubbed their toes: Star running back Aaron Jones was injured and didn’t perform at a star level.

It goes without saying Jones needs to stay healthy for the Packers to have any chance going forward in the playoffs. Fortunately for the Packers, he has been healthy of late.

And, yes, the Packers won all of those games.

If Jones produces today against the Titans like has for the last month, the Packers should extend their winning streak to five games and maintain their momentum going into postseason.

Previous: Zielinski: Titans possess a stockpile of weapons
Next: Dillon becomes second youngest Packer to score a pair of TDs in a game