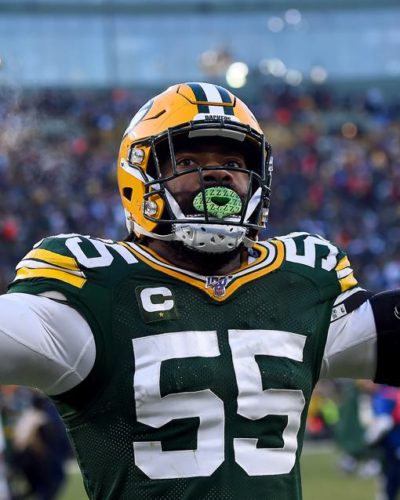 First the good news for the Green Bay Packers:

Today, when they play the Texans in Houston, the Packers’ much-maligned run defense could catch a big break. That’s because as bad as the Packers’ run defense has been dating to last season, the Texans’ running game is even worse.

Through six games this season, the Texans haven’t been able to mount any respectable rushing attack. Their best back is David Johnson, who is fairly talented but has yet to deliver the goods.

Johnson has carried the ball 87 times for a meager 350 yards, ranking 17th in the NFL in that category. In the last three games, Johnson has averaged a paltry 44 yards. The Texans have totaled 515 yards this season on the ground, the third lowest in the league.

Now, the bad news for the Packers: Texans star quarterback Deshaun Watson is playing like a star – despite having a mediocre at best supporting cast.

Watson (pictured above) is one of those rare players who can carry an offense and keep his team in games. To wit: Watson is coming off a 28 of 37 passing performance in a 42-36 overtime loss to Tennessee. He also threw for 335 yards and four touchdowns.

Watson has thrown at least four touchdown passes in six games since his rookie season in 2017. The only other QBS who can say that are Russell Wilson and Patrick Mahomes.

Suffice to say, the Packers’ pass defense will be severely tested. And, it goes without saying, the Packers’ highly paid outside linebackers – Za’Darius Smith and Preston Smith — will have to bring their “A’’ game.

Za’Darius Smith has recorded five sacks this season and is tied for fifth place in the league in that category. But he posted three of those against Atlanta and managed just two in the other four games.

As for Preston Smith, he has gotten off to a frustrating start this season and is questionable for today’s game because of a shoulder injury. He’s produced a mere ½ sack and, perhaps more concerning, has made only nine tackles. That ranks 12th on the team.

If the Smiths put consistent heat on Watson, the Packers should rebound nicely after their embarrassing loss to Tampa Bay last week.

Previous: Packers poised to bounce back
Next: Fast starts equate to good results for Packers