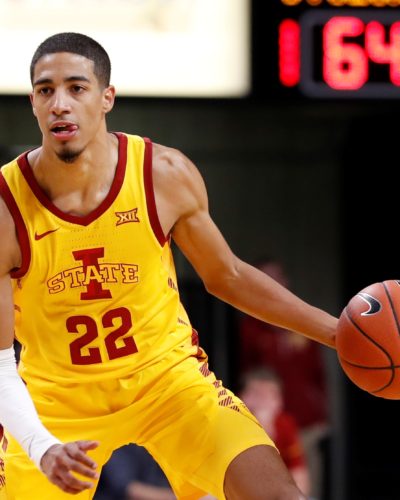 The prevailing feeling is that three players are in the mix to be the No. 1 overall pick in the upcoming NBA draft:

And that might be the case. Yet, there are indications a fourth player could be added to the aforementioned group: Tyrese Haliburton.

Haliburton, a native of Oshkosh who played the last two seasons at Iowa State, is quietly drawing keen interest from the Minnesota Timberwolves and Golden State Warriors, who currently have the first and second picks, respectively, in the Nov. 18 draft.

According to sources, Haliburton has already talked and met with Minnesota officials on multiple occasions. Next week, he is expected to meet with a contingent of Warriors officials.

Additionally, the Chicago Bulls, who have the fourth overall pick, are taking a long, hard look at Haliburton and are scheduled to meet with him next week as well.

Haliburton, a 6-foot-5 combo guard, has seen a meteoric rise in his draft stock since the beginning of last season at Iowa State. At the time, he was generally regarded as a mid-to-late first round pick.

But he enjoyed a banner season for the Cyclones, exhibiting an exquisite all-around game. He averaged 15.2 points, 5.9 rebounds, 6.5 assists and 2.5 steals.

Haliburton has further enhanced his draft status by winning over numerous team officials with his candid and mature interviews.

Two weeks ago, an NBA player personnel director, whose team has a top 10 pick, said he envisioned Haliburton being drafted anywhere from “five to 11.’’ He then added it wouldn’t surprise him if Haliburton was drafted even higher.

“I don’t know where he (Haliburton) will go, but I can tell you there are some people in our organization who really, really like him,’’ said a longtime scout for a team drafting in the top five. “He’s versatile, he plays hard, he’s a good kid. There’s a lot to like about him. They’re convinced he’s the safest pick in the draft.’’

Previous: Fast starts equate to good results for Packers
Next: Zielinski: Look for Packers to flex their muscles