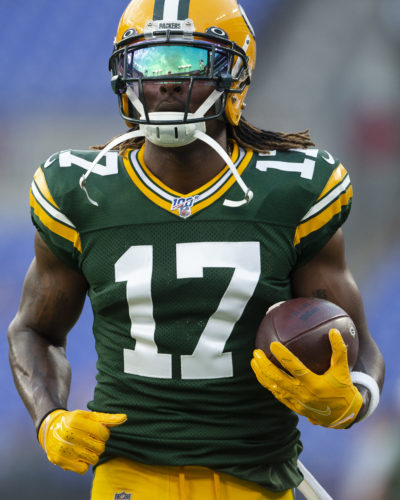 You fully expected the Green Bay Packers’-offense to be better this season.

Not that the Packers were inept offensively last season. They weren’t. At times, they were even flat-out explosive.

But considering Aaron Rodgers and the rest of the offense have now had more than a year comprehending head coach Matt LaFleur’s playbook, along with the fact virtually the entire starting offensive unit is still intact, one would surmise the Packers would boast an even more potent offense this season.

It certainly looked that way last Sunday when the Packers erupted for 43 points in dismantling the Minnesota Vikings. Those 43 points were more than the Packers totaled in their first two games last season.

Look for the Packers to rack up a bunch of points today when they host the Detroit Lions at Lambeau Field in Green Bay. The Packers will be facing a Lions defense that, much like the Vikings last week, has some gaping holes in the secondary.

The Lions’ secondary isn’t anything special to begin with, but today they’ll be without their best defensive back in injured Desmond Trufant. In other words, the Lions, who are six’-point underdogs, won’t have anyone who can stick with Packers star receiver Davante Adams, who is coming off a monster game against Minnesota in which he recorded a franchise-tying 14 catches.

If the Lions double up on Adams, as one expects, it should create ample opportunities for the Packers tight ends, especially Jace Sternberger or Josiah Deguara (who is listed as doubtful with shin and ankle issues). The Packers tight end crew was noticeably quiet against Minnesota with Deguara being the only one to catch a pass.

But Rodgers didn’t need to seek out his tight ends in that game. There wasn’t any reason. Today, with Adams almost certain to draw more attention, he might not have any other choice.