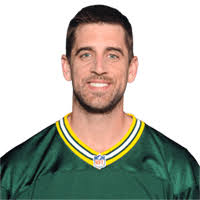 The Green Bay Packers overwhelmed the Minnesota Vikings in the first week of the regular season. Although the final score was 43-34, the Packers controlled the momentum from the contest’s early stages.

The Packers (1-0) face another NFC North rival in the Detroit Lions (0-1) at noon Sunday at Lambeau Field. The Lions blew a 17-point fourth-quarter lead against the Chicago Bears in their first contest.

It will be interesting to see how the Packers respond after their notable Week 1 victory. Last year, the Lions presented challenges for the Packers. While the Lions have some firepower on offense, their secondary is banged up and inexperienced.

The Packers have to attack the Lions’ secondary. Their offense is running on all cylinders after beating up the Vikings’ defense. They mainly focused on the Vikings’ secondary, as quarterback Aaron Rodgers connected with No. 1 receiver Davante Adams 14 times for 156 yards and two touchdowns.

The Lions still have Matthew Stafford at quarterback and possess talent in the running game. Don’t be surprised if the Lions have success against the Packers’ mediocre defense.

This game will be closer than people think. If Rodgers can exploit the Lions’ secondary weakness, the Packers will move to 2-0.

Previous: Alexander enters Packers’ record book
Next: Rodgers could carve up Lions’ secondary — just like he did Vikings’