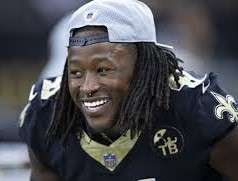 It would appear on the surface that the Green Bay Packers are in good shape to defeat the New Orleans Saints tonight and improve their record to 3-0.

After all, the Saints have some troubling issues:

— Michael Thomas, their star receiver who is arguably the best at his position in the NFL, will be sidelined again with an ankle injury

— The Saints have had a limited amount of time to practice and prepare for the Packers after losing to the Las Vegas Raiders in Sin City on Monday night.

— Hall of Fame in-waiting quarterback Drew Brees seems to have lost a little zip on his fastball. In both of the Saints previous two games this season, Brees didn’t look his stellar self. He struggled with the long ball, and his accuracy wasn’t as precise.

But while the Saints have their warts, they are still a dangerous crew, thanks in large measure to Alvin Kamara, one of the most gifted running backs on the planet. Kamara is explosive as a runner, and even more so as a receiver.

Amazingly consistent and productive when catching the ball, Kamara has fashioned three straight seasons in which he’s caught 81 passes. This season, he already has 14 receptions, including nine for 95 yards against the Raiders.

Kamara, with his combination of speed, quickness and strength, is a nightmare matchup. The vast majority of teams don’t have a linebacker to stick with him out of the backfield, and that includes the Packers.

Keeping Kamara in check is absolutely essential if the Packers expect to prevail. The gut feeling here is they’ll be up to the daunting task.

Previous: Zielinski: Saints’ talent is undeniable
Next: It takes the Packers’ offense a little while to warm up, but then look out