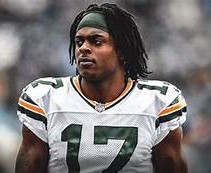 Home » Guest Post » For openers, Packers will be severely tested by Vikings

Football is back. The offseason was anything but normal, as the NFL limited in-person team activities and eliminated the preseason due to the COVID-19 pandemic.

Sunday will be the first time the Green Bay Packers step foot on the football field in a game setting this season. They won’t have a chance to ease into the regular season, as they face off against the NFC North’s top team in the Minnesota Vikings at U.S. Bank Stadium.

Last year, the Packers defeated the Vikings in two regular-season meetings, including in Week 16 in Minnesota. In that matchup, the Packers played strong defensively and prevailed 23-10 to clinch the NFC North title.

Although the Packers are virtually the same team, the Vikings have improved. The Vikings revamped their defense, while the Packers did nothing to address the needs on either side of the ball. The Packers didn’t add any receiver depth and only improved at backup quarterback after drafting Jordan Love in the first round of the NFL draft.

On Sunday, the Vikings won’t have fans in attendance. That will benefit the Packers, as U.S. Bank Stadium is one of the most challenging venues to play in due to the noise level of the fans.

The Vikings return workhorse running back Dalvin Cook, who also is a weapon in the passing game. They also added first-round receiver Justin Jefferson in the offseason. The Packers have solid offensive players in running back Aaron Jones and receiver Davante Adams. I also think quarterback Aaron Rodgers will be motivated this season after the team drafted his eventual replacement.

It’s cliché, but this game will come down to defensive play. The Packers had a respectable defense last season, allowing the ninth-fewest points to opposing offenses. They also forced the eighth-most turnovers. The defense showed encouraging results and will have to perform up to that level against the Vikings.

Although the Vikings had some notable departures on defense, they also added some high-profile players. The Vikings always have a productive and disruptive defense and don’t expect that to change this season.

The Packers have won more Kickoff Weekend games (57) than any team in the NFL, according to USA Today. They also have won their last five Week 1 games, dating back to 2015. That streak will end Sunday, though. This game will come down to a field goal with the Vikings walking away victorious.