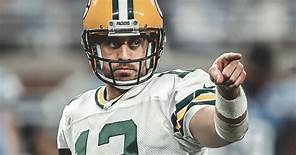 After advancing to the NFC Championship last season, Packer Nation had every reason to be giddy about the 2020 season.

With a little off-season tweaking, the Packers figured to be NFC title contenders again and, perhaps even take the next step and reach the Super Bowl for the first time since 2011.

But the Packers brass did little in free agency and the draft to upgrade their roster. In fact, you could argue the Packers took a step back. Certainly the good folks at BetOnline harbor that viewpoint. To wit:

On Feb. 3, prior to free agency and the draft, BetOnline gave the Packers 18/1 odds to win Super Bowl LV. That tied the Packers with the Philadelphia Eagles for the seventh-best odds among the league’s 32 teams. It was the fourth-best odds among NFC teams, trailing only San Francisco (7/1), New Orleans (16/1) and Dallas (16/1).

But following the draft and free agency, the Packers’ Super Bowl odds took a major hit. Their odds free fell to 33/1. That dropped them to 12th among all teams, seventh among NFC teams. NFC teams with better Super Bowl odds than the Packers are San Francisco (10/1), Tampa Bay (12/1) after adding Tom Brady and Rob Gronkowski, New Orleans (14/1), Dallas (18/1), Philadelphia (25/1) and Seattle (25/1).

While the Packers’ odds of playing in the next Super Bowl have significantly decreased since last season, the good news for Packer Nation is that its favorite team still resides in the NFC North.

The Packers thoroughly dominated the NFC North last season and ran the table in their six intra-division games. The Bears were 4-2, the Vikings were 2-4 and the Lions were 0-6.

What’s more, you can make a strong argument the offseason for the Vikings, Lions and Bears was as non-productive as the Packers. It means, barring an injury to hall of fame in-waiting quarterback Aaron Rodgers, the Packers will retain their NFC North crown and return to the playoffs.

Here is a look at what the Packers’ three NFC North Division rivals did or didn’t do in the offseason:

The Vikings certainly have the firepower to unseat the Packers as NFC North champions.

Quarterback Kirk Cousins spearheads the Vikings’ attack and, while he isn’t on Rodgers’ level, he’s pretty darn good. Just check out his career passer rating. It is 96.8, and that’s the seventh-best in NFL history. Rodgers ranks first at 102.4.

The Vikings also have one of the league’s most explosive backs in Dalvin Cook, who should have plenty of motivation for a banner season as he’s in the last year of his contract.

The Vikings will put points on the board.

The Vikings have some intriguing and potentially good DBs in Mike Hughes, Jeff Gladney, a first-round pick, and Cameron Dantzler, a third-round pick. But if they don’t step up and step up immediately, the Vikings’ secondary could be lit up.

From the “Did you know?” department: The Lions scored 341 points in 16 regular-season last season, which was just 35 fewer than the Packers.

You don’t need a Ph.D. in football to figure out the disparity in records between the teams: Defense. And the Lions defense was deplorable.

They wound up 26th in scoring defense and yielded a mind-boggling 6,404 yards. If that isn’t enough, they managed a mere seven interception which, as you might imagine, was the fewest in the NFL.

The Lions attempted to shore up their abysmal defense by drafting cornerback Jeff Okudah with their first-round pick and then selecting defensive end Julian Okwara in the third round. Both can’t help but be instant starters.

Fortunately for the Lions, Matthew Stafford is still on the roster. Stafford’s skills are undeniable. What is also undeniable is that Stafford has a penchant for getting hurt.

The 32-year-old Stafford suffered another back injury last year and, if the Lions hope to have any chance of being competitive, he has to spend more time on the field than at the doctor’s office.

Wisely, the Lions drafted D’Andre Swift of Georgia in the second round. Some NFL scouts considered Swift the best back in the draft. He could make an instant impact and alleviate the enormous pressure on Stafford.

Speaking of pressure, there’s going to be plenty of that on Lions head coach Matt Patricia and general manager Bob Quinn. They know this season could be a make-or-break one for them, especially after Lions owner Martha Firestone Ford  declared after last season that, “We expect to be a playoff contender (in 2020) … which we expressed to both Bob and to Matt.’’

To say the Bears were offensively challenged last season would be an understatement of major proportions.

The Bears showed their offensive ineptness early and often, managing just three points in a season-opening loss to the Packers and scoring 16 or fewer in half of their games. The Bears, by the way, finished 8-8.

A significant factor in the Bears’ offensive woes was the wildly erratic play of quarterback Mitchell Trubisky, whom the Bears made the second overall pick in the 2017 draft while passing on two guys you might have heard: Patrick Mahomes (No. 10 to Kansas City) and Deshaun Watson (No. 12 to Houston).

It’s obvious the Bears brass has serious reservations about Trubisky or they wouldn’t have swung a trade with Jacksonville for veteran Nick Foles, whose claim to fame was being the MVP of Super Bowl LII in 2018 when he was with Philadelphia.

Resolving the quarterback dilemma is imperative, although the rest of the Bears offense is devoid of big-time playmakers as well. Cases in point: Allen Robinson II is the best of an ordinary wide receivers corps, which also includes Packers castoff tight end Jimmy Graham, and David Montgomery is the cream of a pedestrian running back crop.

It’s a much brighter picture on defense. The Bears arguably have the best linebacking crew in the NFC, headed by Khalil Mack and Roquan Smith. And the Bears have some other prime-time defenders like end Akiem Hicks and safety Eddie Jackson.

But the Bears’ secondary also has some glaringly weak links, which isn’t a good thing in the pass-happy NFL. Jaylon Johnson, a second-round pick, is a projected starter at right corner, and Tashaun Gipson is a possible replacement for Ha Ha Clinton-Dix’s at safety.

Previous: Brewers are putting up Uecker-like numbers
Next: Hader’s outing against Pirates was bad, historically bad