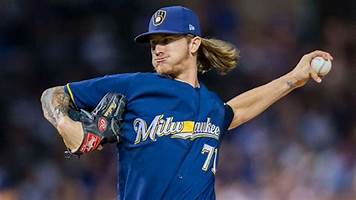 Baseball is back, even though it will be a smaller sample size than usual. Four months after the regular season was set to start, the Milwaukee Brewers will embark on a 60-game season with the opener set for Friday against the Chicago Cubs at Wrigley Field.

The total amount of games is just one of the numerous differences about this season. There will be no fans in attendance, the designated hitter will be used in the National League, safety measures against the COVID-19 will be in place and plenty of new faces will suit up for the Brewers this season.

The Brewers’ 30-man roster features 12 new players to the organization and 11 returners from last year’s playoff team. Despite a variety of roster changes in the offseason, the Brewers have the talent to compete for a playoff spot this season.

The Brewers possess one of the best bullpens in baseball. Don’t be surprised if the Brewers rely heavily on their ‘pen, especially with a roster featuring plenty of power arms such as Josh Hader, Corey Knebel, Bobby Wahl and Devin Williams.

If the Brewers want to compete, they need to receive contributions from several of those players. Second baseman Keston Hiura also needs to build on his first season when he hit .303 with 19 home runs and 49 RBIs in 84 games.

The Cincinnati Reds are the best team in the National League Central, but after that, the Brewers, Cubs and St. Louis Cardinals are all viable playoff contenders. It’s hard to predict how a 60-game season will transpire, but on paper, it should benefit the Brewers.

This season’s playoffs will feature eight teams from each league with the top two finishers in each division qualifying along with the final two spots determined on the best remaining records.

With more than half the league set to make the postseason, expect the Brewers to find themselves in the playoffs for the third straight season due to their overall talent and elite bullpen.

Previous: Brewers are just 1 of 11 teams to have never made the playoffs 3 straight years
Next: Giannis looks to join elite fraternity