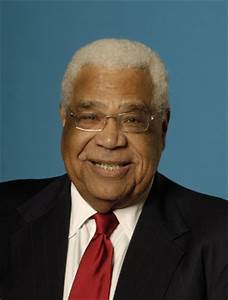 Home » Guest Post » Who was the best one-and-one player in Bucks’ history?

In college basketball circles, it’s called “one-and-done.” In professional sports, there doesn’t seem to be a catchy term, but the concept is still the same … a player spends one year with a team before he moves on to the next team.

In the 50-year history of the Milwaukee Bucks, they have had their share of players who have spent just one year with the team and then moved on to the next stop. But have there been any players who had exceptional years in their one-year stop in Milwaukee?

To answer that question, let’s first start with some numbers. Here is a look at the players who had the most points, rebounds and assists in only one season with the Bucks. For example, Richard Jefferson played only one year in Milwaukee and scored 1,607 points. That’s the most points by a player who had just a one-year career in Milwaukee.

So, based on these numbers who would you choose as the best one-season player in Bucks history? To help you make a selection, here’s my choices for eight players who should be considered for this honor. There’s a short narrative about each of these players and their time in Milwaukee. I am listing them in alphabetical order. (Listed in parenthesis is the only year they played in Milwaukee.)

Wayne Embry, 1968-69: This season was Embry’s last in the NBA as a player. He came to the Bucks in the 1968 expansion draft from the Cincinnati Royals. He averaged 13.1PPG and 8.6RPG. He averaged over 30 minutes per game in 78 contests for the Bucks. He was the last center for the Bucks before Kareem Abdul-Jabbar.  A 1999 inductee into the Basketball Hall of Fame, Embry was the first African-American GM and team President.

Fred Hetzel, 1968-69: Another expansion draft player that played on the original Bucks team. The all-purpose forward averaged 15.9PPG that was third best on the team (it was the second-highest in his six-year NBA career) and grabbed 8.9 RPG that was third best on the team and the highest of his career. He was traded to the Cincinnati Royals after only 53 games with the Bucks that season

Lindsey Hunter, 2000-01: A three-point specialist, Hunter teamed with Ray Allen that year with the Bucks to give them a potent 1-2 punch from beyond the three-point line. He averaged 10.1PPG that year and was a top reserve for the team. He came to the Bucks from the Detroit Pistons in a trade and was then traded by the Bucks to the L.A. Lakers after that season for Greg Foster. Hunter won an NBA title with the Lakers that season.

Richard Jefferson, 2008-09: He started all 82 games for the Bucks that season. Ended the year averaging 19.6PPG, 4.6RPG and 2.4APG. He was second to Michael Redd in scoring that season. He led the Bucks in three-pointers and three-point attempts that year and was third on the team in rebounds. He was traded to the Bucks from the New Jersey Nets and then almost a year to the date was traded by the Bucks to the San Antonio Spurs. Played 17 years in the NBA.

Jamaal Magloire, 2005-06: A rebounding machine, Magloire led the Bucks in rebounding that year with 9.5RPG (second highest of his career) and also tallied 9.2PPG. He was the Bucks starting center that season starting all 82 of the team’s games. He came to the Bucks in a trade with the Hornets and then was traded to Portland by the Bucks in the off-season for three players. He had a career-high 22 rebounds in a game with the Bucks.

Swen Nater, 1976-77: He was originally drafted by the Bucks in 1973, but decided instead to take his talents to the ABA. He played in the ABA until 1976 and then came to the Bucks in 1976. He led the team in rebounding that season with 12RPG and averaged 13 PPG. At the end of the season he was traded to the Buffalo Braves for a first round draft choice that later became Marques Johnson.

Ken Norman, 1993-94: His numbers that season were 11.9PPG, 6.1RPC and 2.7APG. He was second on the team that year in minutes played. The University of Illinois standout played six seasons with the Clippers and then signed with the Bucks as a free agent. He was traded to the Atlanta Hawks for Roy Hinson in the off-season after his year in Milwaukee. He started 75 of the 82 games that season for Milwaukee.

Ruben Patterson, 2006-07: He started 53 of 81 games for the Bucks that season. He had his best year as an NBA player with the Bucks averaging 14.7PPG, 5.4RPG and 2.9APG. His 31 minutes played per game that year was the high of his career as was his 55% field goal percentage. He left the Bucks after the season for the L.A. Clippers, but played only 20 games and was then waived. He never played again in the league.

So, who is your choice? Or is there someone not mentioned that should be considered? Let us know your opinion.