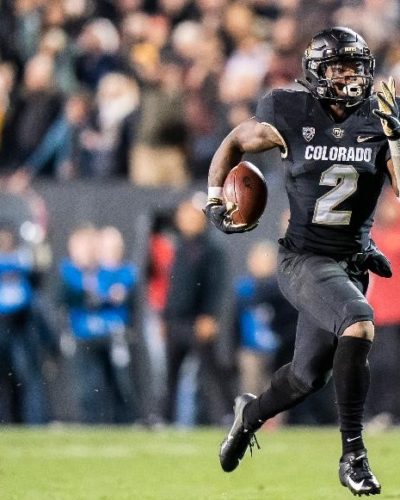 Brian Gutekunst isn’t like most general managers in professional sports, reluctant to make bold and courageous moves, ones that could adversely impact his job security.

Gutekunst, the Green Bay Packers’ GM, vividly showed his willingness to roll the dice when he made a series of calculated decisions during the 2018 NFL draft.

That’s when Gutekunst, instead of playing it safe and holding on to the team’s first-round pick, the 14th overall, traded down. He sent the pick to New Orleans in exchange for the Saints’ first-round pick – No. 27 overall –and fifth-round pick (No. 147) and a 2019 first round pick.

He then turned around and consummated a trade with Seattle, sending No. 27 and third- and sixth-rounds picks to the Seahawks. In return, the Packers got the 18th overall pick and a seventh-rounder.

By making those two trades, Gutekunst essentially went from having the 14th pick to the 18th pick – and he was still able to draft the player he coveted all along – cornerback Jaire Alexander. Barring an unforeseen situation, the Packers have a top flight player at one of the most important positions in the game for years to come.

But the Packers got more – much more — than Alexander in those trades. Gutekunst used the first-round pick he acquired from New Orleans (No. 30 overall) and two fourth-round picks – to move up to the 21st spot in the first round of last year’s draft to select Darnell Savage.

Savage turned in a more than solid rookie season and now, with Alexander, gives the Packers two of the fastest (both have run sub 4.4 in the 40-yard dash) and best young defensive backs in the game. In today’s pass-happy NFL, you simply can’t have enough top shelf defensive backs.

Which brings us to this year’s NFL draft, which is set to commence on April 24. Rest assured Gutekunst and his staff are not only evaluating prospects for their first pick (No. 30 overall) but exploring various avenues in which to move up or move down in the draft yet again.

This strength of this year’s draft, combined with where the Packers are slotted in the first round, provide Gutekunst and Co. with an array of trade possibilities.

Earlier this week, I spoke with an NFL executive and he agreed Gutekunst, for the third straight year, may wheel and deal.

“I could see them making a move again (in the draft),’’ the executive said. “Everybody’s (draft) board is somewhat different, but In our grading system the guys we have being taken in the 16, 17, 18 range have somewhat the same grades as we have for guys going in the second round around 44 or so. There’s not much difference.’’

That appears to be especially true with this year’s receiver class. It is a smorgasbord of high end performers. There are exceptionally fast receivers. Big-time red-zone threats. Sure-handed slot receivers.

At the recent NFL Combine in Indianapolis, Las Vegas Raiders general manager Mike Mayock duly pointed out the abundance of gifted receivers in the upcoming draft.

“The average over the last five years for wide receivers going in the first three rounds is between 12 and 13 a year,’’ Mayock said. “You can easily make an argument, from a grade perspective, that there are 20 to 25 of those guys out there this year. … I’m not saying 20-25 are going, but there’s depth throughout and there’s quality up top.’’

Jerry Jeudy of Alabama and CeeDee Lamb of Oklahoma are the cream of the receiver crop and are virtual locks to be top 15 picks. And then you have intriguing prospects like Harry Ruggs III of Alabama, Justin Jefferson of Louisiana State, Denzel Mims of Baylor, Tee Higgins of Clemson, Jalen Reagor of Texas Christian, Chase Claypool of Notre Dame, Laviska Shenault of Colorado (pictured above), Brandon Aiyuk of Arizona State, K.J. Hamler of Penn State and Michael Pittman of Southern California.

And which receiver from that aforementioned group will the Packers pick?

Charley Casserly, a former NFL general manager who now draws a paycheck from the NFL Network, believes it will be Higgins. Lance Zierlein, also of the NFL Network, has Reagor. ESPN’s two veteran draft analysts – Mel Kiper and Todd McShay – believe it will be Claypool and Hamler, respectively.

— Picture courtesy of the University of Colorado

Previous: So you think you know Packers’ trivia. Then name the last time the green and gold used a first-round pick to draft a center
Next: Ex-Wisconsin prep standout Hoerter looks for new lease on career at UWM