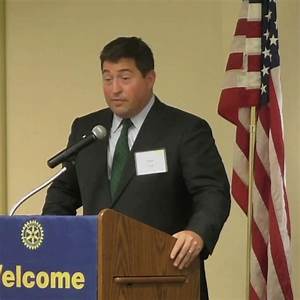 It was the fall of 2018, just before the Milwaukee Bucks would be moving into their spanking new arena.

The impending development created a buzz of excitement, that the state-of-the-art facility in downtown Milwaukee would attract an array of major events, including an NBA All-Star game.

All-Star games have been rare in Wisconsin, especially an NBA one. The last time Milwaukee hosted an NBA Al-Star was more than four decades ago.

That was 1977. Jimmy Carter occupied the Oval Office and Star Wars was a blockbuster hit at the box offices. Elvis died.

Yep, it was eons ago when Milwaukee hosted that All-Star game, one that featured a collection of extraordinary showmen like Dr. J and Pistol Pete and Earl the Pearl. It was a game where, if you can imagine this, the legendary Kareem Abdul-Jabbar, then with the L.A. Lakers, was a reserve.

It was also the first All-Game following the merger of the NBA and ABA and former ABA superstars like Dan Issel, David Thompson and Bobby Jones –all eventual Hall of Fame inductees – played in the game at the Milwaukee Arena.

It was a star-studded event … and a great game, too. Dr. J was the MVP but Paul Westphal was the hero. Westphal, who was inducted into the Hall of Fame last year, hit two clutch baskets and had a key steal in the waning minutes to help the West beat the East 125-124 in one of the league’s most memorable All-Star games.

Now, let’s fast forward to October of 2018 when there was ample speculation the Bucks were on the brink of hosting their second NBA All-Star game. Much of that speculation was fueled by the then new Bucks ownership group, which had purchased the franchise from long-time owner Sen. Herb Kohl.

In a television interview with WTMJ in Milwaukee, when rumors were circulating the Bucks were lobbying hard to host either the 2022 or 2023 All-Star game, Pete Feigin, the Bucks’ brash president, was asked “Would you say you’re confident in getting one of those two years.’’

No sooner was the question posed and Feigin confidently blurted, “Without a question.’’

So, why has Milwaukee been shunned so long for another All-Star game?

Bucks officials have claimed for years the city couldn’t host an All-Star games because of an insufficient number of hotel rooms in the area and nearby cities– even though hotel accommodations weren’t an issue when the Milwaukee Brewers hosted Major League Baseball’s All-Star game in 2002.

That All-Star game at Miller Park drew 41,871 spectators – or 2½ times larger than the seating capacity of 17,500 for a Bucks’ game at Fiserv Forum.

Additionally, Milwaukee will host the Democratic National Convention this summer. According to an official from the Milwaukee Visitors Bureau, approximately 50,000 people are expected to attend the event. The spokesperson added there are roughly 280 hotels in the Milwaukee area.

One would assume there won’t be a drastic change in the number of hotels in the Milwaukee area in 2024, which is now the soonest Milwaukee could host an NBA All-Star game.

And even that year is anything but a slam dunk for the Bucks. You can safely assume a slew of the league’s 30 franchises will make bids for the All-Star game.

Sacramento, for example, has been strenuously lobbying for an All-Star game. The Kings have a gorgeous arena – Golden 1 Center – that opened in 2016 – two years before the opening of Fiserv.

Unlike Milwaukee, which has at least had one All-Star game in its history, Sacramento doesn’t have any.

And neither does Memphis and Oklahoma City.

You can also add the Golden State Warriors to the mix. The Warriors moved into their ultra-extravagant Chase Center this season.

Without a question, Feigin and Co. will have to take their sales pitch to another level for Milwaukee to land another All-Star game.

Previous: There have been 19 Bucks who have been All-Stars. How many can you name?
Next: Counsell shows he’s a winner