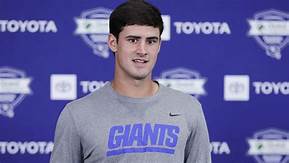 Home » Guest Post » Zielinski: Packers will bounce back in a big way

The Green Bay Packers were embarrassed by the San Francisco 49ers on Sunday Night Football last week, losing 37-8 despite having a bye week to prepare for the matchup.

On Sunday, the Packers (8-3) will travel to New York to face the lousy Giants, who have lost their last seven games. The Giants (2-9) feature a mediocre offense and one of the NFL’s worst defenses.

Giants rookie quarterback Daniel Jones has had a respectable start to his career. He’s completed 62.5 percent of his passes for 17 touchdowns, eight interceptions and 2,134 yards in 10 games.

Jones (pictured above) has done an admirable job replacing future Hall of Famer Eli Manning. But he hasn’t received help from second-year running back Saquon Barkley. After Barkley accumulated 2,028 yards from scrimmage as a rookie last year, he has notched just 720 yards in eight games this season.

The Giants’ defense has been susceptible to balanced offensive attacks this season. They are allowing opposing teams to gain 260.0 passing yards, 117.5 rushing yards and 28.0 points per game this season. They rank fourth-worst in points allowed per game.

Against the 49ers, the Packers were outplayed in all facets of the game. The Packers will have to thrive throwing the ball against a suspect Giants secondary. Aaron Rodgers is one of the best playmakers in the NFL, and he has to play at a high level for the Packers to beat the Giants.

The Packers have to win this game, especially if they want to remain first in the NFC North. This game will feature competitive moments but will consist of the Packers prevailing by double digits.

Previous: Melvin Gordon set to tie fellow Kenoshan Alan Ameche on TD list for NFL players from Wisconsin
Next: It isn’t a question whether the Packers will beat the Giants but rather how badly