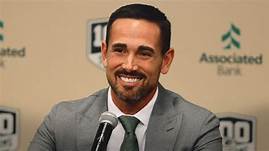 If the Green Bay Packers lose to the New York Giants today, there should be full-scale investigation.

The Giants are bad.

They have a woeful 2-9 record – the worst mark in the NFC –and have lost seven straight games, including a 19-point setback to Dallas and a 21-point loss to New England.

The Giants are particularly inept on defense. They surrendered 35 points in the season opener against Dallas and since then have yielded at least 27 points in eight other games.

If Packers coach Matt LaFleur’s team goes about its business, and isn’t its own worst enemy as it has on several occasions this season, this game could be over at halftime.

Previous: Zielinski: Packers will bounce back in a big way
Next: Packers punt return team could be historically bad