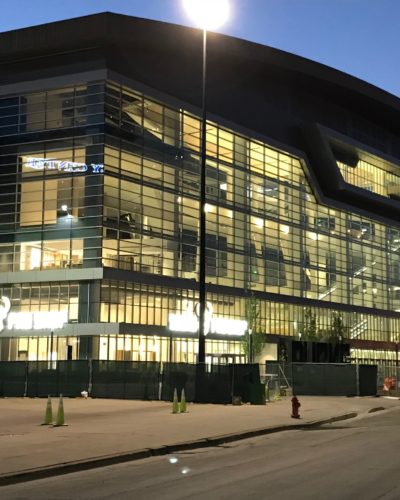 They built it and they sure came.

In 1988, the Bradley Center became the new home of the Milwaukee Bucks. It was a magnificent, state-of-the-art facility that was envisioned to provide the Bucks with a hefty and much-needed boost at the gate.

The Bucks wound up drawing 700,984 fans for 41 regular-season games — an average of 17,097 per game — during their first season in the BC. That was substantially more than the 10,771 average from the previous season in the Arena.

After three decades of playing in the BC, the Bucks relocated down the block once again, this time into Fiserv Forum, a chic facility with a seating capacity of 17,500.

As expected, the Bucks saw a bump in attendance from the previous season in the BC. But it wasn’t nearly as enormous as the one they received after moving to the BC from the Arena. After averaging 16,714 fans in their BC farewell season, the Bucks averaged 17,602 in Fiserv last season.

What’s more, in the Bucks’ first season in the BC, their attendance total of 700,984 ranked seventh among the then 25 NBA teams. In comparison, the Bucks’ total attendance last season in Fiserv was 721,672. Yet, that ranked just 17th in the now 30-team league.

So, how are the Bucks faring against the other 29 NBA teams so far this season?

After 15 regular-season home games, the Bucks rank 18th in the league in average attendance at 17,509 – just a smidgen down from last season.

That decline is reminiscent of the Bucks’ decrease in attendance in their second season in the Bradley Center.

The Bucks’ average attendance this season is also more than 3,000 fewer the Philadelphia 76ers’, the top drawing home team in the NBA. The 76ers’ average home attendance is 20,517.

— One might assume the Bucks would be a “must-see’’ team for fans in other NBA cities, especially since they boast a marquee player in Giannis Antetokounmpo.

But that assumption isn’t true. The Bucks rank a mere 19th in average road attendance at 17,380.

Not surprisingly, the LeBron James-led Lakers are packing arenas around the league. The Lakers are averaging a league-best 18,876 on the road.

Previous: Bears bring out the best in Kenny Clark
Next: Packers get healthy by passing on turnovers