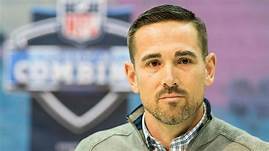 When the Green Bay Packers play the San Diego Chargers today, it’ll be a matchup of teams heading in the opposite directions.

The Packers are red-shot; the Chargers are not.

The Packers, who appear on the brink of ending a two-year playoff drought, have been an offensive juggernaut for the last six games. In that span, they have racked up at least 27 points in five of those games. In that six-game span, they are averaging a gaudy 30.6 points per game. And to think the Packers still haven’t ironed out some of the kinks in first-year head coach Matt LaFleur’s offense and have been playing with a spate of no-name receivers.

The Chargers, on the other hand, have sputtered – even though they have some exceptionally talented weapons. Kenosha native Melvin Gordon has struggled immensely after returning to action following a contract holdout. Here’s Gordon’s production, or lack thereof, in the last three games: 8 carries for 31 yards, 16 carries for 32 yards and 8 carries for 18 yards.

While Gordon is going through some tough times, Philip Rivers has played like, well, Philip River. He looks great at times, not so much at others. He’s thrown 12 touchdown passes this season but he’s also had seven picked off.

If Rivers and Gordon get their acts together today, the Chargers, who are four-point ‘dogs, could spring an upset. I wouldn’t bet on it, though.

Previous: Zielinski: Desperate Chargers will give Packers a severe test
Next: Another rough West Coast trip for Packers