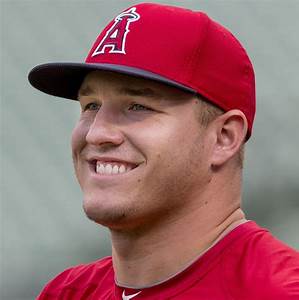 Los Angeles Angels outfielder Mike Trout became the 11th player in baseball history to win a third MVP Award. Trout was the 2019 American League MVP, an award he also won in 2014 and 2016.

These are some pretty staggering numbers. Trout’s third MVP award this past season came in his age 27 year; of the other 10 players who have won three or more MVP awards, only one player, Stan Musial, won his third MVP honor in his age 27 season.

Here is a look at what age each of the 11 players with three or more MVP Awards won their third MVP honor. (Barry Bonds leads this group with seven MVP Awards; the other 10 players listed each won three MVP Awards.)

When you consider that Trout is only 28 years of age, the scary thought is that if he stays healthy, he may still have some more MVP seasons ahead of him. Of the 11 men who have won three or more MVPs, eight of them won an MVP in their 30s.

Previous: History indicates Packers’ chances of advancing to the Super Bowl are pretty good
Next: Zielinski: 49ers have slight edge over Packers