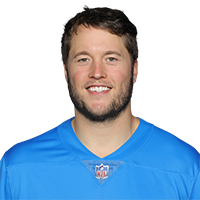 The Green Bay Packers claimed a surprising 34-24 victory over the Dallas Cowboys last Sunday in large part because of running back Aaron Jones’ emergence as a work-horse in the running attack and threat in the passing game.

The Packers (4-1) will try to win their second consecutive game when they face the Detroit Lions (2-1-1) on Monday night at Lambeau Field. Although the Packers have controlled the long-running series between the two teams, the Lions have won the last four games.

The Lions are coming off a bye week after a close loss to the Kansas City Chiefs in Week 4. They rank eighth in the NFL in total offense with 387.5 yards and are averaging 24.2 points per game. Although quarterback Matthew Stafford has remained the focal point in the Lions’ offense, he’s received help from running back Kerryon Johnson, who has 350 yards of total offense this season.

Both teams have similar defenses in terms of points allowed per game. The Packers’ defense has been opportunistic with a plus-seven turnover margin, while they have the slight advantage on offense, mainly due to quarterback Aaron Rodgers. The Packers will win this competitive contest by a field goal.

Previous: Deion Sanders gives ‘playoff’ bound Packers some love
Next: Expect the Lions to put Rodgers to the test